If you’re a first time property buyer, then you’ll be forgiven for not wanting to look at property news in recent years. Most coverage is gloomy to say the least. However, for those first time buyers that were voting to stay in on the Brexit vote, there was a ray of sunshine with an out vote. The treasury predicted a 10% – 18% fall in prices if the UK left Europe over the next two years. However, this hasn’t happened, we’ve merely seen a ‘cool down’ period with house prices continuing to rise.

For first time buyers, ownership has been getting further and further out of reach with large deposits and house values souring since 2011. For those in the south east and London, home ownership is becoming a pipe dream reserved solely for the wealthy section of society. This issue is becoming apparent when public sector workers, who are vital to keeping the Capital running, are now unlikely to now live locally. A new term ‘commuter cops’ has recently been coined for the police force with “less than half of the Met’s 18,000 borough officers now living in London.” Let’s hope they don’t miss the train…. 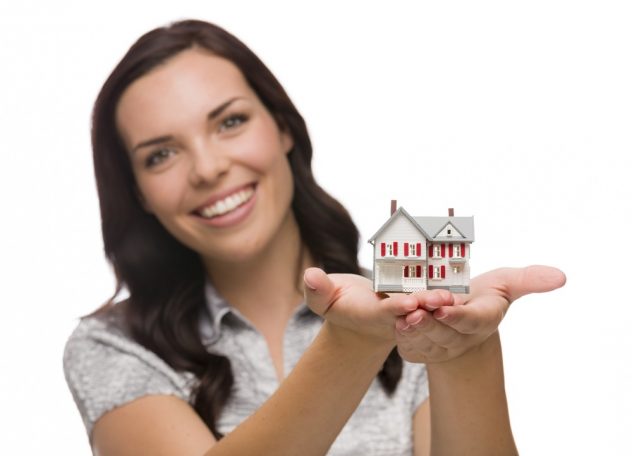 Ultimately, the problem boils down to supply and demand. You could argue demand is so high that even Brexit wasn’t going to make a dent in prices. Against the UK’s rising population, the government has been failing miserably on its house building targets for decades with a slow bureaucratic planning permission system and local opposition blamed. There is no quick fix for first time buyers.

However, perhaps you should forget the headlines for the day and re-evaluate your financial situation. Never say never, because if your finances are not too far off from home ownership, you might be surprised to know post-Brexit 2016/2017 this could be your chance (if you want it).

Many economists were predicting a sharp fall in house prices after a vote to leave campaign won, but this simply hasn’t happened yet if it happens at all. However, this doesn’t mean the market is in the clear and there’s still a very real chance they will fall so if you’re ready with a deposit then you could reap the benefits. Article 50 (legal move to leave Europe) hasn’t been triggered yet and there is still a lot of uncertainty of how it will go. These are unchartered waters, so we still might see a fall in prices although more delayed than first predicted.

The Bank of England cut UK base rates from 0.5% to 0.25% and lenders (banks) have been passing on the savings. If you applied for mortgages in the last 2-5 years and we’re disappointed – check again and do the sums.

3) Check Help to Buy and other schemes again, there are new ones which could help you.

Here we will just summarise the main schemes available, but you’ll want to research these properly to see if they can work for you, a friend or family member.

Start with 0-1K and save max £200 monthly and the Government will pay you back an additional 25% up to £3000 when you use the money towards a house deposit – but only after the purchase is complete. To reach that, you’d have saved 12K with the ISA, but it’s free money if you’re saving for a deposit. There is a limit to the value of the property you can use it on. Outside London this £250K and in London it’s £450K. Check whether you can get the London amount for the property you’re interested in here.

If you’ve heard of this scheme before and expected the ISA to contribute before the contracts were exchanged, then you’re forgiven. Recently, a big controversy has emerged over the bonus being paid after the purchase and not before as it’s been advertised by the big banks and the government meaning it’s more of a ‘perk’ than a help towards the deposit.

The Government will cover part of any loses they may sustain as a result of the mortgage not being repaid – encouraging lenders to lend. This is available for new and old properties across the UK up to a value of £600K. It must be a repayment mortgage and you can’t already own another home. Apart from the Help to buy ISA, you can’t use this scheme with any other of the government home buying scheme such as Equity Loan, Shared Ownership or Right to Buy.

The first part of Help to Buy scheme launched in April 2013 (available till 2020). This is open to anyone moving or 1st time buyers. You raise the first 5% of the property’s value for the deposit and the government will help you meet another 20% (40% in Greater London). With a 25% deposit, you can access much better mortgage rate with participating lenders. You won’t have to start paying loan fees on the first 20% until after the first five years you’ve had your home. By that time, you you’re likely to have a bigger salary making repayments easier too. If you decide to sell, you’ll still of course need to pay back the government and the lender on the loan. If you buy in the right place and values continue to rise, you could find a good profit from the property which can be used for your next mortgage deposit without needing a scheme.

If a mortgage on 100% of a home to out of reach you can try the Shared Ownership scheme. You have to opportunity to own between 25% – 75% of the property’s value and then pay rent on the remaining percentage. There is flexibility to continue buying more shares once you’re in the scheme. However, there are priority groups for this scheme which include military personnel, people with long-term disabilities and older people aged 55 and over.

This article was written by Vivo Property Buyers.