Most company websites are like the dinosaurs after the comet has hit, but before the global winter has taken hold – dead lizards walking. 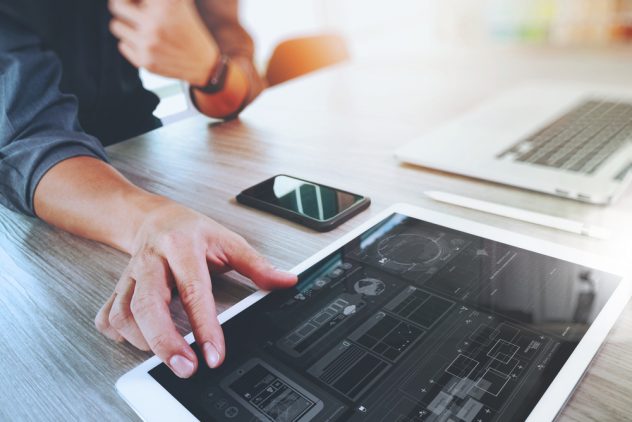 That’s because the underlying design and functionality of the majority of sites are still locked in the paradigms of the print era. Even today, websites, for many companies, are corporate brochures and sales catalogues, translated directly from print onto the screen.

Why are we still desperately trying to shoe-horn corporate content and business processes into formats which were created back when people first melted lead and cast type? And if you think that isn’t true, I have one word for you: web page.

OK, it’s two words, but you get the point – we’re still thinking in terms of pages.

Web site design has moved beyond that: websites aren’t static, they are fluid. More and more, agile design and web apps means company websites are evolving into spaces where different kinds of information from a range of relevant sources and using a range of media can be dynamically combined to create a story.

They are going to have to keep evolving, and maybe even pick up the pace, because Generation Y and Generation Z are being conditioned to expect a completely different kind of digital experience from the companies they choose to interact with and buy from.

Back in 2012, The New York Times showed the way forward for media companies with an interactive multimedia feature piece, Snow Fall, an online feature about the deaths of three of the best skiers and snowboarders in the US in an avalanche in Washington State.

Snow Fall won a Pulitzer Prize for feature writing in 2013. Take a look at it – but remember, the technology that created it is now four years old, which in web design terms makes it, well, from the era of the dinosaurs.

That one story cost $100,000, mainly on the latest website design tools and technologies and the small number of experts who could use them properly, a phenomenal amount for the New York Times to commit to one story. But it was money worth spending: in the week after it appeared, it got 2.9 million visits, mostly from exactly the kind of people the Times wanted to be talking to, and they stayed, on average, for 12 minutes. Today, you can create something like Snow Fall for a fraction of what it cost the New York Times in 2012.

But web page aside, you need to be thinking about your whole digital presence, beyond the company website, and looking at how all elements of it contribute to smoothing the journey for your potential customers.

Don’t forget, over the next 10 years, those customers are increasingly going to be Generation Y or even Generation Z – the people who came of age with the Internet and the people who were born into the age of the Internet. Digital technology is the background to their lives and they expect it to be always on and always helping.

They will have searched for an answer to whatever their problem is, and your company will have been highlighted as a potential solution. They will have checked you out, and the first place they will have done that is on social media.

So that shifts the burden of explaining who the company is, who its staff are and how you operate from your company website to your social media footprint. Not just Facebook, LinkedIn, YouTube and Twitter, but the whole range of sites and apps, including the ones you haven’t heard of yet, that are going to change everything…

Don’t forget, you’ll also leave a digital footprint on other parts of the internet, like forums and user groups, news sites, review sites and even Wikipedia.

So when Generation Y and Generation Z choose to visit your website, they will already know a lot about you. You’re already on the list of people they’re considering doing business with, otherwise why would they look at your site?

That means you need to rethink what your website does for you – and for your Gen Y/Z customers.  They expect your site to use sophisticated apps to make their lives easier. They have been brought up to assume that all sites function the same way as the flagships of the e-commerce world do, like Amazon and Net a Porter.

They want to be able to use filters to sort through your service offering in exactly the same way that they can almost instantaneously choose the brand, design, colour and size of the shoes that they want delivered tomorrow.

That may sound a bit like your website is functioning like a catalogue; but it’s no longer a sales tool that’s a pale imitation of a dead tree catalogue, it’s a fully functional interactive e-commerce and data gathering tool that drives dialogue and engagement with your potential customers.

6 ways to improve your billing process