Research reveals the ways in which many business travellers risk falling foul of the law in the UK and across Europe when it comes to driving overseas. 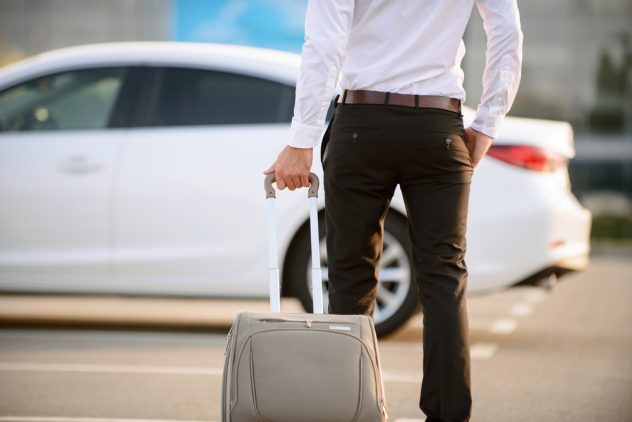 When asked about upcoming business trips where they’ll be driving in other countries, a third (32%) admit they don’t know what emergency number to use in case of accidents and around one in four (27%) don’t know what equipment they’re required to keep in the vehicle.

In addition, almost half (46%) don’t know when they legally can and cannot use their horn and around a third (31%) are unclear about alcohol limits or even if there is a complete ban on drinking and driving. A fifth of business travellers are also not aware if speed limits are displayed in kilometres or miles per hour.

The research of 556 business people in the UK, France, Spain, Germany and the Republic of Ireland was undertaken by Enterprise Rent-A-Car, part of the world’s largest car rental group, which also operates National Car Rental and Alamo Rent A Car.

Of the 70% of business people who claim to prepare before driving abroad for work, one in two ensure they pack their sunglasses (50%) and around the same number check the internet for information on local driving rules and regulations (53%) and go over the controls on their rental car before they drive off (51%).

The research also found that more than one in four business travellers (27%) has used a phone without a hands-free kit while driving, one in five (20%) has written a text message and one in 10 admitted to sending emails while behind the wheel.

Perhaps unsurprisingly, 50% of drivers questioned said they had been penalised for at least one traffic offence when travelling abroad and over half (56%) had been involved in a minor accident. The most common fines were for speeding (27%) and parking tickets (21%), but they were also penalised for using a horn (4%) overtaking in the wrong area (5%) and making an illegal turn (4%).

Of these, almost a fifth (18%) admitted they had been penalised for a traffic offence that they hadn’t realised was a violation in that country.

More than half of all business drivers (54%) also admitted to mishaps resulting from confusion when they were driving abroad, from missing a flight or boat (14%) to driving on the wrong side of the road (16%) or filling up with the wrong fuel (7%).

Rob Ingram, director of business rental for Europe at Enterprise Rent-A-Car, said: “Business travellers tend to be very experienced at driving abroad and our research found less than one in five were driving abroad for the first time. However, whether you’re driving for the first or the hundredth time, it’s vital to prepare for the drive, especially by checking on local driving rules.

“The research shows that some business travellers could make foreign driving trips safer by investing more time preparing for overseas driving – and decrease the likelihood of being penalised for falling foul of the local driving laws.

“While three quarters of drivers (79%) say they plan to travel abroad and hire a car, many take their own vehicle. Whichever option they choose, people need to make sure they’re comfortable not just with the car they hire, but also with the traffic laws of their destination and its unfamiliar road markings and signs.”

Turn your business trip to Tel Aviv into a mini adventure