As technology dominates the business investment landscape, one problem continues to hang above the tech industry like the Sword of Damocles – a poorly trained workforce. 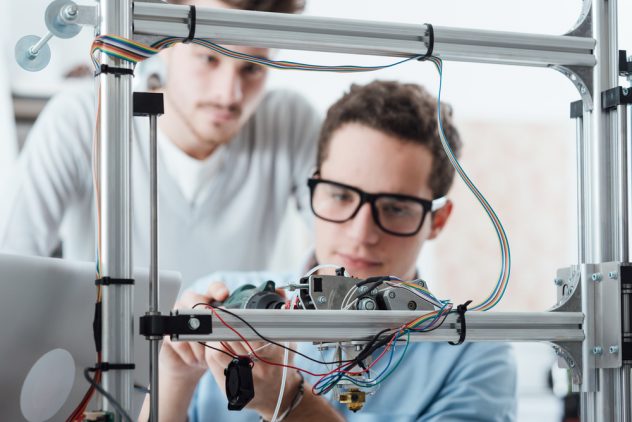 In the UK, for instance, fears of a Brexit-fuelled recession were dimmed, but not thanks to the technological wave of the past two decades. Instead, the service sector pushed the index from 47.4 in July to 52.9 in August (a score above 50 indicates growth in the economy).

While this is undoubtedly a boon for every industry in the UK, the prominence of lower-skilled workers could also signal a brain drain that will deteriorate the quality of the UK economy in the long term.

An overarching influence on every industry

What’s more, business owners in almost every sector have to rely on the technological expertise of their workforce to complement even seemingly unrelated tasks.

Information sent to data centres has to be overseen and processed effectively; basic IT has to be facilitated by complex programs; even the till in your local cafe runs on some of the most sophisticated microchips in the world.

Every aspect of the British economy is bolstered by the technological industry, yet there’s a dearth of investment opportunities in the UK.

In large part, this is thanks to a lack of prioritisation from the government. In the country that produced the Raspberry Pi to foster a new generation of coders, grassroots investment has been harder to come by.

Looking at the games industry, for instance, the impact of Britain seems slight on the surface. Gone are the days of home programming, when Britain produced consoles like the BBC Micro and Spectrum ZX.

But while there’s a minimal chance of the UK re-emerging onto the console scene (Sony, Microsoft and Nintendo have effectively crushed the prospect of any new major competitors in the hardware industry), software production hit a record high in 2015.

As of 2014, videogames companies were also granted tax breaks of up to 25%, with the primary aim of attracting a greater number of companies from overseas.

But the health of the tech industry is far outstripped by many other countries, even more so when it comes to lower-paid jobs. It’s a sign of a UK-wide attempt to maintain the façade of being a major global player, but still faltering despite its successes.

Let’s consider this on a human level. You’ve most likely met huge numbers of people who are technophobes, frightened of computers in the same way that some people tremble at heights or spiders.

These people have fallen through the cracks in British investment. Generally, they’re older and haven’t been formally educated in even the most basic IT, and their lack of training is dragging the reputation of certain sectors down by several notches.

Education is the key to improving this weak link in technology. Data centres, mentioned earlier, have noticed the value of educating professionals in the intricacies of data centre management, forging links with distance learning providers and placing those left behind by the tech age at the centre of their project.

Many industries are figuring out that managers without technological knowledge can still remain a major asset with only a little extra education. And these training programmes will become ever more important as the age of the working population increases and, as a result, can’t afford to feel alienated from the coming tide of tech advancements.

Technology isn’t going anywhere soon, and everyone needs to be brought along for the ride, whether they’re baby boomers, millennials or Gen Xers. So if you’re a manager of an SME or a high-rolling investor, remember the long-term rewards you’ll reap when you invest in the British technological industry.

How to create better managers of people

Dominic Lill - December 15, 2016 0
Ben Houghton, CEO, Noggin talks to Talk Business about how employees do not have confidence in the bosses management skills and what managers can...
We use cookies. To learn more, read our Privacy Policy.Ok