Football is a sport, but make no mistake: the Premier League is a business. Fans might like to think that the player acquisitions and transactions are purely related to the quality of the team on the pitch, but with corporate sponsors to appease, advertising revenue to maximise and t-shirt sales to boost, perhaps the least important part of football is the 90 minutes of the game itself. Instead, as with all business, it comes down to what is going to make a club the most money. 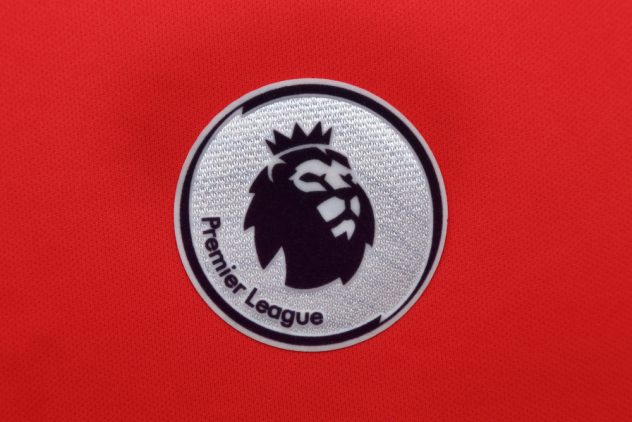 Over the course of the 2016 summer transfer window, the Premier League collectively topped the billion-pound mark with a total outlay of £1.165bn in fees for players. That number includes an enormous £155m on transfer deadline day alone. Some have suggested that the league’s spending getting out of hand. But that all depends on if it’s worth it from a business perspective. So let’s look at whether teams are getting value for money.

Over the course of the 2016 summer transfer window, the Premier League collectively topped the billion-pound mark with a total outlay of £1.165bn in fees for players. That number includes an enormous £155m on transfer deadline day alone. So does this mean the league’s spending getting out of hand? It all depends on if it’s worth it. So let’s look at whether teams are getting value for money.

During this sensational transfer window, an amazing 13 Premier League clubs broke their record transfer fees. Yes, those figures include smaller sides like Hull and Burnley splashing £13m and £10.5m respectively, which might seem relatively small change for some teams. But also Everton sunk £30m into the Yannick Bolasie deal, Crystal Palace paid £32m for striker Christian Benteke and of course Manchester United made Paul Pogba the most expensive player in the world when they paid £89m for him.

Taking Pogba as a case in point, it’s worth asking whether Manchester United can really hope to recoup £89m purely as a result of his play. That may be unlikely. But that doesn’t mean that the club has overspent. Pogba is just 23 years old. He’s also marketable and charismatic. In a world of sponsorship, corporate tie-ins an advertising, Pogba will potentially be worth a huge amount of money to Manchester United, even if he is unable to lead the club to any major success.

It’s interesting to note that the majority of those sides who didn’t have been most successful in the league so far (Manchester City, Tottenham, Arsenal, Chelsea and Liverpool) are not the ones who broke their transfer records this season. Of course we’ll have a better picture at the end of the season as to whether the expensive transfers made their mark, but early signs suggest that the spending of many of the clubs has not been especially valuable so far.

However, the extra spend of the Premier League hasn’t translated especially well to the European competitions. We have to go back to 2011/12 to find the last English UEFA Champions League winners in Chelsea and in the following seasons, no Premier League team has even reached the final.

The levels of debt in some clubs are surprisingly high. Manchester United are £225m in debt and Liverpool are £95m in debt, but as these are very large clubs with substantial revenues and worth, this isn’t too much of a problem.

Some sides, however, aren’t in such as positive position. Sunderland, for example, who have been one of the league’s bottom feeders and only just managed to avoid relegation last season, are currently £139m in debt – the third highest in the league. That is dwarfed, however, by Chelsea’s £1.1bn of debt. Owner Roman Abramovich has spent big during his tenure, but all of this spending has not been at his own cost. In fact, the money has been spent by the club, which Abramovich has then loaned the money to.

On a wider level, much of the Premier League debt may be attributed to the enormous transfer fees that are now being paid by almost every club in the league.

It is has even been suggested by some analysts that a number of Premier League clubs could be bought out due to their increasing profitability. If clubs are able to spend these huge amounts of money and still make a profit, it will spur them on to continually increase the fees and salaries offered. So this year’s record-breaking transfer windows seems unlikely to be the last.

Lloyd Wells, a follower of the football, writing the odd piece here and there for, amongst others, Soccerbox – the Football Jerseys & Kits superstore.

Premier League clubs delay prize money cuts: How much did they make in the last season?

10 ways to turn your trash into cash

The best way to send money abroad for businesses

5 ways your small business could be throwing away money

The economic effect of the current Premier League lockdown

Interviews: How to interview the perfect candidate

Dominic Lill - February 16, 2017 1
Research conducted by William May has revealed some interesting insights into the psychology of first impressions, interviews, and how we judge other people upon...
We use cookies. To learn more, read our Privacy Policy.Ok