A conveyor belt system is a modern part of the transportation of handling equipment.

A conveyor system helps transport materials from one place to the next, drastically cutting out manual labour and saving time. Conveyors are commonly seen at airports, manufacturing plants and other locations. 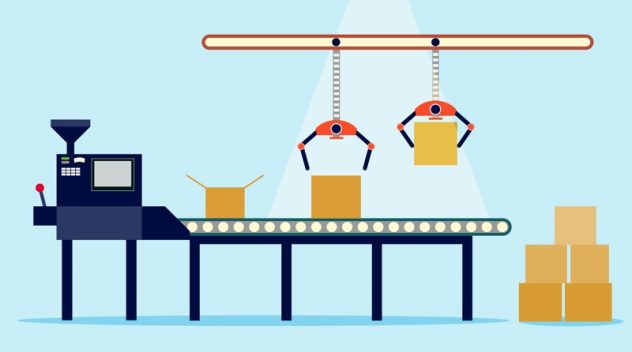 Conveyor systems are useful any time a need arises that some type of object needs to make its way from one place to another. It makes the process faster and more importantly convenient. Conveyor belts built for industrial use are similar to consumers with the additional ability to be able to withstand larger loads and extreme conditions.

A conveyor belt in a system like this may need to move in different directions and at strange angles. Without conveyors, materials would need to be moved by having labour needing to manually move objects. This is going to cost a lot and come with its own logistical problems. Human labour isn’t as efficient and neither is it as effective as a complex conveyor system put into place. Commercial conveyors are beginning to enter into areas that include food, transportation and even pharmaceuticals.

There are various types of conveyor systems out there put into place to deal with different types of problems and come up with new solutions. They differ on the industry they’re used in. Here are some of the common types of systems.

A chain belt conveyor is designed to be able to carry a large volume of products. It’ll be usually used in regards to the work floor and transporting waste materials. These chain belt conveyors will shift and sort different types of line feeds and mixed lines. Steel Belt Conveyors consist of two different belt designs called the piano hinge and steep apron. A conveyor system like this is built to withstand a lot of weight, Usually, it can manage anywhere from 20 to 50 tons in a single hour. Underneath the designs are heavy-duty lines and 2 RAM scrap balers.

Some of these mechanical components such as the stud mount ball transfer units can be configured and bought to fit into a new or preexisting conveyor belt system. Another type of conveyor system is the slider bell. They have varying speeds that can also carry from 1 to 15 tons of the machine. MRF sorting lines features a slider bed, chain belt and steel belt. They’re designed to meet an individual’s client’s needs.

You can also check these accumulator conveyors.

Conveyors have an inherent advantage over using regular human labour to get the job done. Some conveyors are designed with the added benefit of having an inclined based system. This allows the transportation of both large and small items to have the ability to move from varying elevations. They have an uninterrupted system of being able to continuously operate.

In many large factories, there will be the requirement where materials must move to multiple levels of the facility, conveyors can easily meet this need for transportation. With an automated incline belt, there is no need for manual unloading and having to monitor materials being unloaded.

Conveyors can move in both directions and have complete control over how fast or slow the objects will move. Judging the speed, it can be a way to monitor for any broken or lost objects.

Conveyors are used in a variety of industries where things need to be moved. This includes bottling plants, manufacturing plants, recycling and even more. If there is a process that requires a cyclical moving fashion, then you can guess it’s going to be used there.

The main advantage is that it automates multiple human tasks that are usually associated with the creation of mass materials. It not only assists in creating but also transporting these finished or items in the making. Some of these tasks would include feeding objects onto the line or moving them while then needing to load and unload all of the materials. Any type of factory that needs this done, then it’d be smart to invest in a conveyor belt system.

The field of improving conveyors is already growing. A traditional conveyor consists of motors connected to wiring and cables. Now engineers have switched this off to a more wireless variety. Products that have not been even created yet, only dreamed of, will drive future improvements. Along the way, the systems put in place to build them will become more adept at creating and transporting new material.

Starting a food business? You need a professional kitchen!

How to choose the best strapping product for your business