The business of exporting can be an exciting prospect for multiple agencies and businesses. For the newcomer there’s a lot to be said and learned about the process. Luckily, some top exporting experts have offered some of their tips and tricks for new exporters. 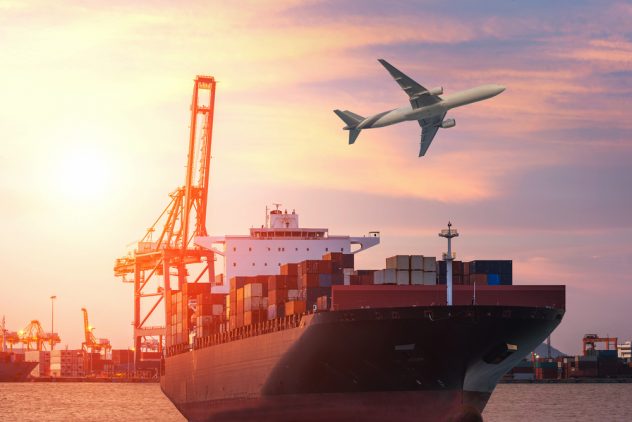 We’re going to take a look through a panel of experts who have offered their opinions over the years. Each of these respective leaders has experience throughout various important industries of exportation.

Some of these people include Luis Arriaga, UPS’s district manager in the United Kingdom, Stewart Ferguson, head of research at the China-Britain Business Council and many more leading experts. All of this information is taken and directly summarized from what they’ve said over the years for advice. We’ll also look at some practical solutions for exportation.

Joseph Jackson, an international trades manager at Barclay’s referenced a small business that imported football kits from China and sold to just the UK market and then spread to other parts of Europe. One of his tenants of advice was to go after markets outside of Europe. When the company began to target the eastern markets, they saw their business grow without necessarily needing to expand.

It goes to show that exporting shouldn’t be just confined to Europe or any other respective continent. A business at large can profit and grow by exporting to multiple countries and different continents to capitalize on their exporting deals. There is growing opportunity in selling from business to business (B2B), which is growing twice as fast as business to customer (B2C).

By establishing a clear strategy, certain pitfalls can be avoided and instead a business can focus on whom they want to target and whether they will focus on other businesses as customers, or just plain customers. Always make sure to partner with people who care about the product in different markets so your business will be able to take advantage of exchange rates and developing a good partner in a foreign nation.

While shipping there’s multiple things to think about. For one if you’re going to be exporting cross-country, your business will need to be able to ship efficiently and cost effectively.  One such example of a company that can assist your exporting business is JS Forwarding. The company has been in business since the 1980s and can assist in customs clearance services, ocean exports, air exports and even warehousing and distribution.

Through proper planning and assistance, small businesses can make the most out of their exporting business to make more profits and not have to spend more on expansion of the company without seeing gains.

The experts were quick to point out various obstacles that had to be faced. This goes back to having a plan as well as researching your markets. You’re not going to be able to treat an eastern nation like a European market. There are different infrastructures and regulatory issues at play. Experts have also stated to watch out for cultural differences. Take China for an example, if for some reason you or whoever is doing business for the exporting company doesn’t personally like the person, it’s likely the business endeavour will cease to go any further.

Sometimes a country can have some hard issues to face at the border. Russia can be a difficult one to work with, but if done so correctly with a plan, there benefits are tremendous.

Sometimes the markets that look the most promising actually aren’t. An example was given looking at Hong Kong, with a population of seven million. Internationally renowned, the city is known as a great place of exporting trade. But go up a little ways and you’ll find Shenzhen with a population of 11 million and quickly becoming an eastern location for technological growth.

By not spreading yourself to thin and committing to lucrative markets can be a sure sign of success. There’s no easy way to export, but there is an easy way to plan for it. Certain experts did warn against going into certain countries. Any with major socio-political issues or safety issues are a given. But Brazil was an example of a country that has incredibly complex import tariffs that can be taxing towards profits.

Overall, it’s smart to do intelligent near long term research on all areas for opportunities and be prepared with the proper exporting services to get the best deal in various areas.

Grace Smith has a head for business and currently works as an export manager with experience in airfreight. She enjoys sharing her business knowledge and writes articles on occasion, these appearing on a selection of business blogs.