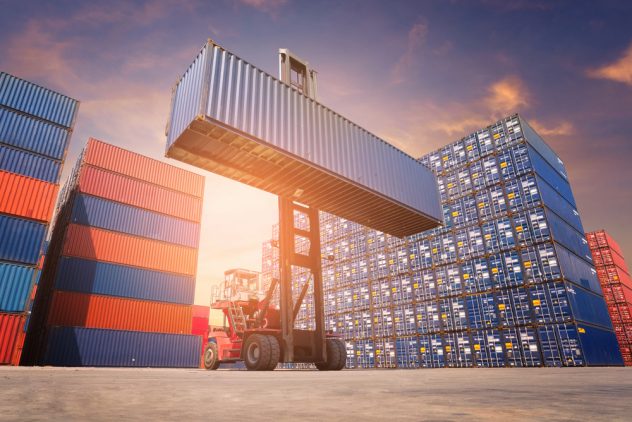 The technological advances of the 20th century enabled shipping companies to have daily or hourly updates on the position of their vessels and the progress of the journeys. Now another revolution is affecting the shipping industry—the Internet of Things.

The IoT consists, in its simplest form, of the combination and automating of two processes within the same device: first the device monitors an object for whatever data is relevant about it, then it communicates that data to wherever it is required—to other devices, to automated processes, to crew members, or to head offices. Thus a ship, for instance, is constantly monitoring its own position and relating that information to the position of other ships, to weather outlook information, and to ocean currents, in order to recommend to the captain courses that are both safe and fuel-efficient.

Despite the fact that shipping accounts for about 80% of the world’s trade, the industry has been slower than others in adapting to the possibilities of the IoT. However this is gradually changing, and more of the ships available on sale sites such as NautiSNP are likely to have appropriate software and hardware to take advantage of the new technologies.

The IoT has powerful uses in enabling the choice of the best shipping routes. Not only is the vessel monitoring its own position, it is also communicating its position to other ships in the area. When the captain enters a proposed course of movement, that information is also communicated to others. It is displayed on an interactive screen and the other captains can plan their routes accordingly. Even if a planned route is not plotted by the captain, the software is able to analyze the movement of the vessel and predict its likely route.

This information is also communicated to the offices of the shipping company, who are then able to calculate the expected arrival time in the harbor and to book the appropriate windows in the harbor’s timetable, thus speeding the process of arrival, unload, load and depart.

The maintenance of a ship is a very expensive process. The machinery of a modern cargo ship is complex and time spent out of action is a great drain on resources. The IoT can be used to keep these costs to a minimum. With the right sensors sending information to the engineer, each major piece of equipment can be monitored in detail, so that breakdowns can be forestalled. In addition, when servicing is due, the monitors can identify which elements will need replacing so that these can be ordered in advance.

Crews are also part of the system—though not among the ‘Things.’ The more they are able to communicate with the company and with other crews, the better informed the company is as to the condition of the vessel and its progress. By identifying where crew members are on the vessel, it is also possible to make more efficient use of resources, for instance by reducing air-conditioning when it is not needed.

The IoT not only handles the supply side of logistics, it is also involved in the demand side—the goods that are being transported. When loading, sensors in the containers could notify to automated loading controllers the actual weight of each container and the distribution within it, calculating in real time the safest and most efficient distribution of weight within the vessel.

Refrigerated goods can be constantly monitored for temperature and condition. In the event of a departure from the optimum temperature the crew will be notified and can immediately look into the situation, as the location of the relevant container will be instantly available. At the same time, the owners of the cargo are kept informed as to the condition of their goods as they are transported.

The possibilities of the IoT are only just beginning. Over the next few decades it will continue to transform major industries such as Transportation and Logistics, where small increases in efficiency have a major impact on profitability. The lives of seafarers, and especially of captains, may change more rapidly than at any other period in history.

Emily Hopkins works as a transport/shipping coordinator. She writes about the industry in her articles which appear on industry blogs as well as more general business sites.

When change is good: Finding the best time to sell your business

Ten tips to make the most out of your business travel