Despite many organisations bending over backwards to meet employee demands, over half (54.6%) of workers believe that UK workplaces have actually become stricter. This is according to new data from CV-Library, the UK’s leading independent job site. 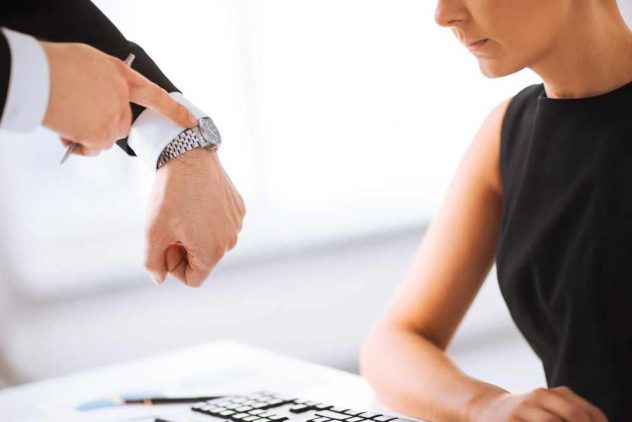 The research explored the views of 2,000 UK workers around unacceptable behaviour in the workplace and how employers are handling it. It found that more health and safety rules (41%), less tolerance in the workplace (17.6%), and political correctness (17%) were the main reasons behind employers becoming stricter.

Furthermore, it appears employers are much sterner when it comes to personal behaviour and a lack of professionalism amongst their staff, with employees agreeing that the following ‘office taboos’ were unacceptable in today’s workplaces:

Worse still, three quarters (76.7%) of employees said that they would find these unacceptable taboos distracting in the workplace, confirming that they not only affect the people conducting them, but also their peers.

Lee Biggins, founder and managing director of CV-Library, comments: “This type of disruption harms both staff and overall business productivity, so it’s not surprising that employers are implementing sterner rules around behaviour at work.”

Interestingly though, whilst employers are less tolerant of unacceptable behaviour, workers actually believe that actions which were previously frowned upon, such as dating colleagues, wearing casual clothes, having tattoos and piercings and taking personal calls, are becoming more ‘acceptable’ in the workplace.

Biggins continues: “Our data reveals some stark contradictions between workplace strictness and office taboos. Whilst it is very much down to the organisation in question, these findings align with trends we are seeing in the workplace, such as increased diversity, more flexible working and more openness around salaries, through gender pay gap discussions.

“Personally, I believe that a certain amount of strictness is needed to ensure that productivity levels remain high, but this needs to be balanced out with great company perks in order to keep workers happy and motivated.”

Employment law advice: How can a solicitor help you?

How to make use of employee benefits?

Where to start collecting employee feedback?

IR35 for entrepreneurs: The April 2021 changes

Burnout: How to keep your staff sane while working remotely

6 ways HR and fleet managers can assist drivers with mental...