Tala Raassi has faced conventional challenges and, as she tells Adam Aiken, one that few others have had to endure. 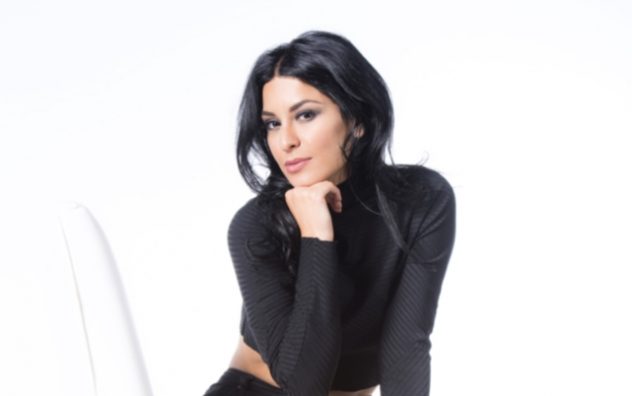 It’s an entrepreneur’s lot to face struggles and hardship. Take even the highest achiever and the chances are you’ll be able to find a challenge or two faced along the way.

They are likely to be nothing, though, compared with the experiences faced by Tala Raassi. The American-Iranian has now made her mark in the world of fashion design – but only after she was jailed in Tehran and sentenced to 40 lashes for, ironically, a breach of the hardline country’s fashion code.

Tala was born to Iranian parents in the United States in 1983 but moved with her family from Maryland to Iran when she was two.

She spent her formative years in the Middle East country, but by the time she returned to the US when she was 17, she had spent time inside for the “crime” of wearing a miniskirt – and in private, too.

As she describes in her recently-published autobiography, Fashion is Freedom, she was arrested while attending her own 16th birthday party at a friend’s house.

“Many people asked me why I would be around people of the opposite sex, or listen to Western music, or wear a miniskirt when there are people there other than your brother or father if it is illegal. It was because I didn’t believe in that law, and nor do many other people in Iran.

“That is why the young generation has created this underground party scene so they can do what they want in the privacy of their homes. But it is still illegal. You can’t be around people of the opposite sex uncovered.

“We all knew there was a chance this could happen, but you never think it’s going to happen to you.

“We used to joke about it, but most of the time [the authorities] just close down the party and then leave.

“It’s very rare you get to the point of going to jail. Only a small number of people get arrested like that.”

Once released from prison, Tala’s parents were understandably keen for her to try to fulfil her dreams elsewhere, which is why she ended up back in America, via a brief stint in Dubai.

“They could see that I was seeking a lot of freedom, so they sent me overseas to do what I wanted to do without the risk of being punished,” she says.

Becoming an entrepreneur was something that came later, but it should have been no surprise that it happened. Tala’s mother and father were entrepreneurs, as were her grandparents and aunts and uncles.

“I’d always wanted to be my own boss,” says the owner of Tala Raassi, which has branches across the US and Dubai.

“But growing up in Iran, there were no mainstream boutiques and the women were all covered, so I did not even knew what a fashion designer was.

“But I’d always liked fashion, and I was also interested in business, having grown up watching my mother and father as entrepreneurs.”

On arrival back in America in 2000, the challenges no longer included facing jail time for breaking the dress code, but Tala did face a number of new obstacles.

The first was the language barrier. She didn’t speak a word of English, and had to learn it from scratch. Now aged 33, you wouldn’t believe it’s only her second language, such is her fluency, but at the time it was a major hurdle for her to jump.

And then began a number of trial-and-error mistakes and lessons that many an entrepreneur will recognise.

She says: “The first mistake I made was to jump into things too quickly without making a plan. Having a plan is the most important thing you need when starting a business.

“The importance of planning wasn’t something I realised until my second business.”

Taking care when choosing a business partner was another lesson learnt by Tala, who is based in Washington, DC.

“My father once told me, if partners were good, God would have one,” she says.

“If you don’t get along with your partner and don’t have the same vision, it can be very, very complicated.

“Having a great partner is amazing but having a bad partner is not a good experience.”

The other key lesson the fashion designer has learnt is to make sure you remember why you started in the first place.

“Being an entrepreneur is hard and there’s a lot of competition,” Tala says.

“To have a passion is what will keep you going. There are many days when I ask myself why I am doing this, and why this is so hard.

“It can take a while and if you are not passionate about what you do you are not going to be able to push forward the way you need to.”

The passion that has driven Tala has resulted in her becoming a successful swimwear designer – a huge irony given her earlier experiences at the hands of the fashion police.

“I could never start a swimwear line in Iran in the same way,” she says.

“I could probably do it underground, but I wouldn’t have been able to make a name for myself.

“Things have changed over the past 15 or 16 years. But being a fashion designer in Iran is like being a drug dealer because everything has to be word of mouth and you have to hide the fashion shows.”

The ultimate fairytale would be for Tala’s lines to available openly in cities such as Tehran.

“People ask me if I hate Iran,” she says.

“But I love Iran, and what happened to me has nothing to do with the people there or the beautiful culture. It would be my dream to open my business over there.”

Graduating from not speaking English to writing and publishing her own book is another achievement Tala is rightly proud of, and she is already planning her next project – a documentary looking at how fashion can mean freedom in so many different ways around the world.

She says: “For a Muslim woman in the Middle East, it may just be the freedom of wearing what she wants to wear and not having to think about being judged or punished. 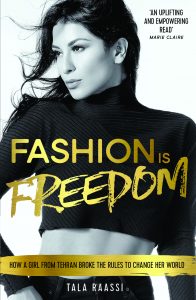 “For Colombian women who helped me manufacture my bathing suits, it means money to support their entire village.
“What fashion means to them is different from what fashion means to someone who’s on the red carpet.
“It’s not just about glamour and what’s on the cover of Vogue. It’s just as much about financial or emotional freedom, and I want to raise awareness of that.”

Given the obstacles she’s already conquered, you’d be brave to bet against Tala achieving her aim.

– Fashion is Freedom, published by Blink Publishing, is out now.

How to unwind after a hard day in the office

The experience you need before your entrepreneur journey

The life-cycle of an entrepreneur

The easiest routes to entrepreneurship

The myths of the Bay Area

Dominic Lill - February 22, 2017 0
Nuno Gonçalves Pedro, partner at Delta Partners' digital practice in San Francisco, explains some of the myths that have arisen from Silicon Valley and...
We use cookies. To learn more, read our Privacy Policy.Ok