Conventional wisdom: arts and humanities students are wasting their time. When they graduate they will be doomed to unemployment or barely scraping by on a low wage. On the other hand, studying programming or computer technology is seen as a reliable way to achieve a high-paying job. But will this always be the case? Changes in computer literacy and developments in technology may bring about the end of high-paying tech job era. 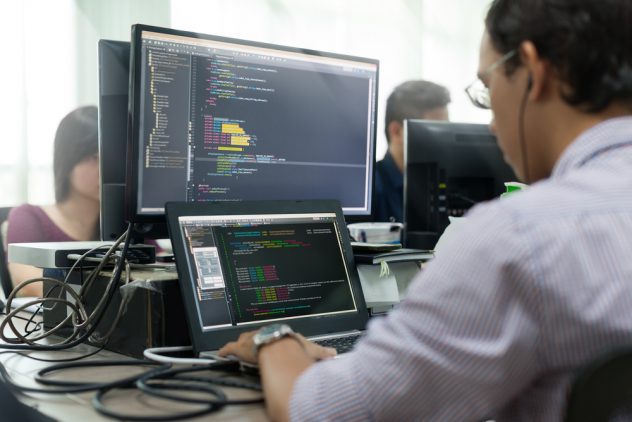 Why tech jobs pay so much now

According to Glassdoor’s annual survey, just under half of the 25 best-paying jobs for 2016 are tech jobs. Information Systems Manager, Data Scientist, Systems Architect and similar positions have median salaries of well over $100,000.

The reason for these high salaries is clear—tech jobs require a vast amount of complex knowledge. SAP Consultants, for example, can earn up to $119,000 a year. But as SAP recruitment experts Eursap have discussed in a blog on securing an SAP job, the expertise needed is demanding. Not only is it crucial for these professionals to have experience in the latest releases and enhancements packs, but many will also see their careers moving overseas where they will have to explain technical processes in other languages.

Six figure tech salaries are not unusual in the tech industry, but they could soon be rare for the following reasons.

Computer literacy is on the rise

Years ago when many current well-paid tech workers started out, expertise in coding, programming and development was rare. IT employees were almost seen as wizards, solving the mysteries of their colleagues’ computers with the flick of a mouse.

This is not so much the case now. School curriculums are increasingly being altered to reflect the importance of computer programming in the 21st century. In the UK a recent Culture Secretary advocated coding’s importance, saying it is “on par with the arts and humanities” in importance to a good education. This may sound like a good thing, but if tech jobs are soon to be “on par” with arts and humanities jobs, their salaries may begin to shrink.

After this announcement, the UK curriculum was overhauled to include lessons on computer programming from a young age. Now, every child in England will likely have more coding knowledge than the average adult, and if they choose to pursue the subject after age 14, they will be well on their way to careers in the sector.

Programming is also on the curriculum in Estonia, and worldwide initiatives like Hour of Code and Code.org are making headway in convincing other countries to follow suit. This will lead to a larger coding-fluent workforce and increased demand for tech jobs, turning the field into an employer’s market. With more candidates for each job, employers can afford to lower the salaries because workers will need to take any job they can get.

Automation will take over

The one thing cheaper than a desperate tech worker willing to work like a machine for lower pay is an actual machine itself. Automation is the future. So much so that some scientists are beginning to talk about a post-work era. Two scholars from Oxford warned that 47% of US jobs could become computerised.

As the artificial become more intelligent, AI starts to look like a better alternative to human labour. AIs don’t need holidays, sick leave, breaks or even sleep, and they can work more hours than is humane.

Thanks to deep learning, AI can learn to perform specific and complex tasks, just like the ones that current tech jobs require.Why would an organisation hire an IT consultant if an AI can consult instead? The answer: if it’s cheaper. If tech workers want to get hired in the automated future, they will have to accept lower rates for their work.

Should well-paid tech workers be worried?

Despite this bleak outlook, the answer here to this is simply maybe. AI is more likely to replace jobs in other industries before it encroaches on programmer, consultant or designer territory. First we will see more computer cashiers, legal advisors, taxi drivers and medical assistants.

And even if the next generation will be more tech savvy than the average adult today, people currently in tech jobs still have years of experience under their belts. As long as they keep developing their skills, they should be safe to work into an automation-assisted retirement.

6 tips for working with an outplacement service

How much money can you earn writing essays online?

Dominic Lill - October 29, 2020 0
To have the best production for your company, your employees got to know the larger picture and remember of how they're working to realize...
We use cookies. To learn more, read our Privacy Policy.Ok