Freelance working holds numerous draws, but for many it’s the flexibility which appeals most. According to the latest statistics from the YouGov Survey commissioned by PeoplePerHour (PPH), nearly half of those surveyed (48%) said that they had not holidayed outside of the UK in the last 12 months. However the results also revealed that over a third (35%) of those who are self employed took two or more holidays outside the UK in the past year compared to 29% of those who are employed. 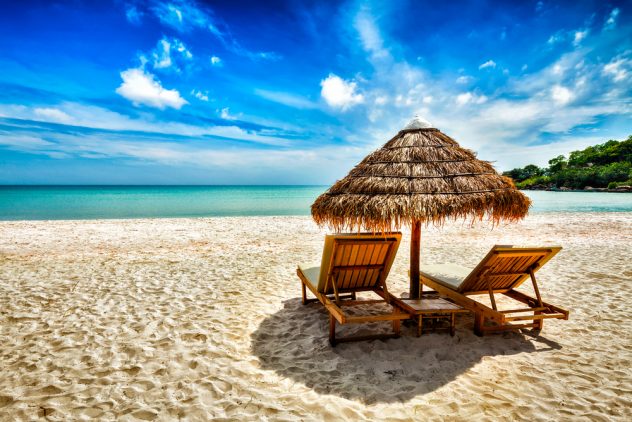 According to a further study by PeoplePerHour freelancers commonly spend as many as 21 nights away from home in the average year, versus the paltry 10 nights of the regularly employed person. freelancers spend twice as long away from home on each holiday and travel nearly twice as far covering an average of 2,200 miles per holiday!

The research found writers (22%), social media experts (19%), designers (18%), translators (16%) and photographers (15%) as the professionals most likely to indulge in long distance travel and clock up more than three holidays per year.

It seems that age also plays a part, with 18-24 year olds most likely to have been on holiday in the last 12 months with just 34% having not been on holiday outside the UK in the last 12 months compared to the national average of 48%. So it perhaps comes as no surprise that in a recent PeoplePerHour survey, 65% of 18-24 year olds said that freelancing was part of their long-term career plan – perhaps hoping to sustain their levels of travel and freedom. 45-54 year olds least likely to have gone with 54% not having ventured outside of the UK on holiday in the last year.

Londoners most likely to have been away with 63% having enjoyed a foreign holiday in the last year compared to just 39% of the Welsh.

Most freelancers in the PeoplePerHour’s admit to spending up to 30 minutes per day catching up on work while travelling as opposed to only 15 minutes for the employed. In fact self-employed were three times as likely to partially base their choice of destination and hotels on the reviews of their wifi offerings!

The only people unlikely to check in on work while holidaying are those who have retired, and according to the YouGov survey, a lucky 2% of those have been on holiday abroad more than 5 times in the last 12 months!

It was also revealed 16% of households without children have been abroad twice in the last year whereas only 11% with children managed to get away for two breaks.

Separated/divorcees were found least likely to have been on holiday outside the UK in the last 12 months (54%).

PeoplePerHour founder & CEO Xenios Thrasyvoulou comments: “The fact that freelancers tend to take more regular holidays than employed people doesn’t come as much of a surprise to those of us who frequently work with them. Freelancers, quite rightly, enjoy more the flexibility that their lifestyle choice brings, travelling further afield and staying away longer. The growth of freelancing platforms like PeoplePerHour and the prevalence of the internet means they can almost work from anywhere they choose, without impacting the quality of the work they offer.”

“One of the most interesting statistics revealed by the YouGov poll and our own research is that there is no real difference between the sexes when it comes to time spent travelling; almost half of each sex (47%% of men, 48% of women) said they hadn’t travelled on holiday outside of the UK in the last year, indicating that this is one area where the same values are held.”

Pros & cons to consider before becoming self employed