Even if you’re not a foreign exchange expert, the value of the pound is something on all our radars right now. As we’ve seen with the recent Unilever – Tesco dispute it can have wide knock on effects. 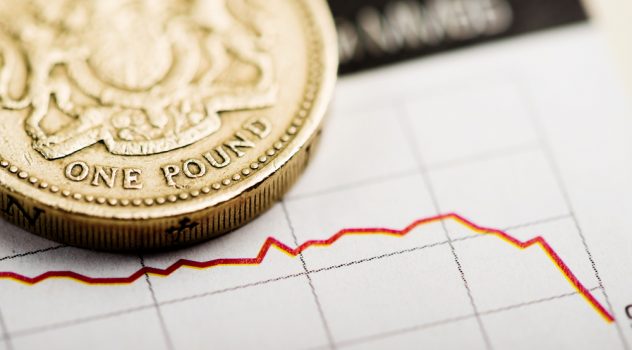 A less valuable pound means fewer dollars or Euros to spend on your holidays. But, as the Unilever episode showed, it also opens the door to other economic issues too. Such as opportunistic price increases ‘because of Brexit.’ While the mood towards sterling has been pretty black, there are some who believe that, long term, things are brighter. The arguments are that the problems with the pound now could lay the foundation for financial strength in future.

Could a sterling crisis be a good thing?

Before the actual vote took place many commentators were speculating that a Brexit-inspired sterling crisis could be just what the doctor ordered. The arguments were that we have had (many) sterling crises before and survived them – if not grown stronger. There are also plenty of voices saying that the pound was an overvalued currency before the Brexit vote. Given the huge falls sterling has seen since June, those same voices have speculated whether this is just a natural readjustment. However, there are plenty who would disagree with this assessment. The Economist insisted that pre-Brexit that the pound was actually undervalued, not overvalued, against the dollar. Since all of that speculation took place the pound has fallen to a 31 year low against the dollar. That’s worse than the other sterling crises that are the most often quoted as examples of survival, such as Britain leaving the European Exchange Rate Mechanism in 1992. The last time the pound was this low against the dollar was in 1985. And we’re not finished yet. Every mention of a ‘hard Brexit’ takes more points from our pound.

There are ways to build up strength that could give the pound a boost. Many think we need to stop waiting for manufacturing to resurface as a leading industry in this country. Instead, we should be focusing on services, which is the fastest growing UK industry. In areas such as law, consultancy and design we are market leaders and these industries could well help return our economy to strength. Attracting foreign investment could help to encourage growth too – the UK is now a much more attractive investment option because of the exchange rate. Plus, our biggest export industries (whisky and cars) should really thrive. All of these could give the pound a brighter future.

The simple truth is that there is no single impact of a falling pound on our economy. Various parts of the British economy suffer and others thrive. A devalued pound is good for business. In particular, it’s good for exporters as overseas customers look to take advantage of getting more British goods for their money and buy more. However, whether this will continue could depend on factors such as whether Brexit means UK trade with the EU suffers. Workers paid in dollars fall into the winners category as the dollar will earn more. Companies that can turn from domestic sales to overseas can also capitalise.

But a falling pound is not so good for importers. Whether they are importing ready-made products or the raw materials for cars or washing powder. And importers will usually pass on the cost of importing to customers – which is what Unilever was (perhaps unnecessarily) trying to do. As well as importers, British tourists abroad, foreign workers and the UK agricultural sector could struggle. Plus, as a general rule of thumb, prices increase by 2-3% for every 10% sterling devaluation, which means British consumers pay more across the board (not just those buying imported goods). So, a drop in the value of the pound can create a lower standard of living for Brits because everything costs more.

Long term, no one really knows

In terms of long-term economic outlook – as with much of Brexit – no one really knows whether the pound will rise again. Speculation is rife of course. And there are some indications of how markets will respond, for example discussions of a ‘hard Brexit’ forced the pound down even further. However, there was no financial plan in place before the Brexit vote. And since then the government has been cagey about what is actually going to take place. This means there is very little on which to base speculation about what will happen to our currency. It will most likely be a case of wait and see.

Dakota Murphey, BA (hons) Marketing graduate and independent content writer – working with Solution Loans for parts of the information in this post.

‘Should I pay or should I go?’