Since joining the European Union, some much-needed improvements in safeguarding employees from work-related injuries have been addressed. The Safety, Health and Welfare at Work Act 2005 provides the present legal framework for ensuring the safety, health and well-being of employees. This legislation imposes certain duties on employers to achieve better standards of health and safety for their workers and help prevent accidents and illnesses. 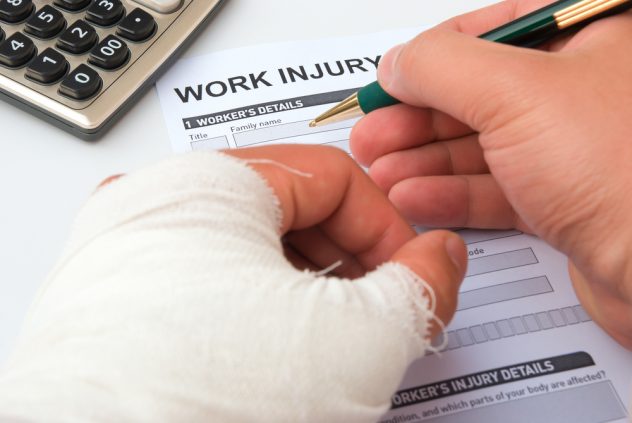 Section 8 of the Act clearly states that it’s every employer’s duty to do everything possible, as far as is reasonably practicable, to ensure the welfare, safety and health of their employees.

Although the legislation has improved the protections an employee at work is entitled to, if an employer denies liability for any work-related injuries to any of its employees, it’s up to the employee to prove in court that the employer breached his statutory duties. That’s why it’s a good idea for employees to seek expert legal advice if they intend to pursue an injury claim *.

Although there’s been a good deal of health and safety legislation passed over the last 20 or 30 years, there has always been a common law duty on employers to take reasonable care for the safety at work of their employees. This duty of care calls for an employer to provide his employees with the following:

In Ireland, unlike certain other jurisdictions, where no-fault workers’ compensation schemes apply, it’s up to the injured employee to prove to a court that they suffered injury as a direct result of their employer failing to take reasonable safety precautions.

It’s important, therefore, that anyone who suffers an injury in the workplace makes every effort to gather as much evidence (diagrams, photographs, statements from co-workers) as possible before proceeding with a work injury claim. In this way, if their employer denies responsibility, they’ll be fully prepared and be in a much stronger position to prove their claim * that the employer did in fact fail in its duty of care.

If an employee suffers an accident at work and the injuries result in some form of mental impairment, then a relative, or a friend can bring a claim * against the employer if they believe that the employer failed to adhere to the health and safety provisions.

What steps would a friend or relative take to make a claim * on behalf of someone else who’s been seriously injured in a workplace accident?

In law, a next friend is the person who represents an individual who is unable to maintain a compensation claim * in their own capacity because of mental impairment.

So if a loved one has been left mentally impaired, having suffered say, serious brain damage, as a result of a workplace injury and they’re not able to look after their own interests, a friend or relative – usually their spouse, a parent or a child – is legally permitted to make a claim * on their behalf.

By law, this next friend has the right to handle the legal proceedings on behalf of the injured worker right up to the stage where a settlement is reached. At this time, the settlement must be put before a judge, who must then be satisfied that adequate compensation has been awarded in respect of the injured person who suffered the workplace injury.

What are the tax implications?

It’s interesting to note the income tax implications of this type of settlement. Normally, under Irish tax law an amount received as a settlement is exempt from taxation but if any income is derived from investing the amount of the settlement, then this income will be subject to tax.

If, however, the person receiving compensation is permanently and totally incapacitated from looking after themselves and has no other source of income, then a total exemption from income tax will apply.

Mike James is an independent blogger, writing about the legal sector. He is currently working with McCarthy & Co, a specialist personal injury solicitors who have provided advice and guidance on the legal regulation aspects of this article.

* In contentious business, a solicitor may not calculate fees or other charges as a percentage or proportion of any award or settlement.

What business insurance does your startup need?

How important is education for business and entrepreneurs?