It’s not a new exodus. For the past few years, droves of London’s middle classes have upped sticks and moved to the sticks to make a better life for themselves and their children. Unable to keep up with a previous no-kids lifestyle, many are finding the draw to a less complicated way of living a rosy prospect. 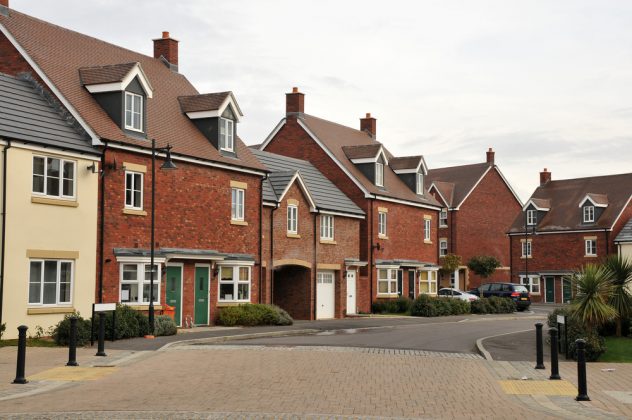 While some friendships drift (a withdrawal from childless mates lording their increasingly glamorous existence), new ones are formed (new parents on the block with talk of nannies, dinner parties, and the trials and tribulations of parenting). Kids it seem, bring a whole new dimension to a London existence. Or a very different one at least.

Alas, as the bonny babes hit their walking milestone, all talk is turned to education. The previously settled London fraternity (I love London and will never leave) are sent into a panic about schools, traffic congestion and poor Jerry’s asthma.

By this stage the passion for London’s frontline has apparently waned. Suburbia on the other hand, is beckoning with its angel wings wide open. Yup, it’s true. London’s pre-children diehards are heading post-birth to the bosom of Tom and Barbara from the 1970’s TV sitcom The Good Life.

We’ve highlighted some of the good reasons you might want to get out of the rat race, and give Jerry a bigger playroom, some clean air and a decent education.

Many parents attach themselves to the idea of an idyllic rural existence, with a vision of their little ‘Margo and Jerry’ collecting sticks and climbing trees. The mounting evidence of the health benefits of outdoor play is tipping the balance, along with the commuter-belt choice of schools. And it’s the commuter belt that Londoners are mostly leaning towards, as work remains London-centric.

Here’s another call to action. House prices in London continue to price many out of the market. According to a recent report in The Week, London has the world’s second most over-valued homes. For parents considering privately educating their little tots, the question of school fees can weigh heavily. A move to free up some capital could be an attractive proposition.

Indeed, The Evening Standard also reported recently that buyers can save £450,000 by moving just one hour away from the capital. Even for those not considering private education, better state schools and more space are being seen as worth the sake of an hour’s commute.

A question of which school

Last year The Evening Standard reported in their Homes&Property section that High Wycombe, Chelmsford, Reading and Haywards Heath offered homes close to a choice of very good schools. There are a whole host of reasons for moving out of London, but for the middle-class London exiters, a good education for the children is often top of the pops.

The commuter belt is flourishing with a choice of good schools in both the state and private sectors. State schools in London are in crisis as places are set to run out. A recent ITV News report predicts a shortage of 110,364 places by 2021.

Check the Ofsted reports and visit your top three pronto. It seems a good education for little Margo and Jerry will be better served in the commuter belt after all. And besides, a little research trip means Margo and Jerry get a day trip out to the country.

While you wander quaint high streets checking out the schools, be sure to check out the local estate agents. They’ll not only fill you in with house prices and availability, but they’ll have plenty of up-to-date knowledge about the local area too.

Choosing a property is likely to be high up there on the list of having to be perfect. Try not to get hung up on the idea of a dream home, and remember why it is you want to get the hell out of the city. Moving out of London is all about compromise. If you’re moving from a contemporary London property, don’t get hung up on décor when you’re house hunting. Choose the bricks and mortar you feel most connected with, not the wallpaper. You can always call in the interior design team.

Many Londoners have already determined it’s a no brainer, and they continue to fly London’s nest. Don’t get left behind. Just imagine, it won’t be long before your little lovelies are donning their hunter wellies and tweeds for pony riding lessons in the countryside.