Immigration was undoubtedly one of the biggest factors that led to the UK voting to leave the European Union in June. 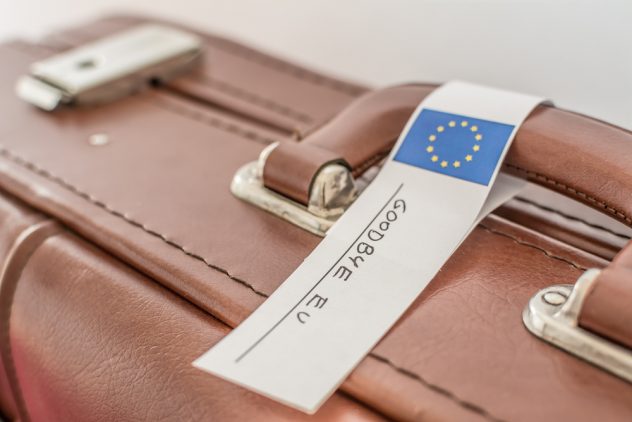 Indeed, 70% of voters – from both sides of the pre-referendum debate – now want to see curbs on EU immigration in post-Brexit Britain.

So, as the Government gets to grips with how it wants to proceed, changes to the rules surrounding immigration are likely to be right at the heart of the debate.

You may well have heard talk of the difference between a ‘soft’ or ‘hard’ Brexit. This largely relates to the central dilemma for Theresa May. Which is more important, access to the single market or control of immigration?

Boris Johnson – in some typically colourful comments about the sale of Prosecco – appears to be harbouring the hope of getting both yet it remains to be seen whether or not the EU is willing to budge on the principle of the free movement of people – seen to be a key part of the ‘single market’.

Many commentators think that is simply impossible. As the New Statesman’s Stephen Bush put it: “Theresa May’s Brexit objectives cannot be met without a hard Brexit, with the only question the scale of the initial shock.”

Control over immigration, it seems, will be a ‘red line’ in negotiations. While this would please the voters quoted at the start, the same poll also showed that 90% of people want to stay in the single market too. It remains to be seen just how much ‘access’ can be kept when free movement comes to an end.

The scale of control on immigration that the Government wishes to see is unclear. Deloitte has recently warned that if the Government takes too tough an approach, it will move some of its business elsewhere and it will have to take such threats seriously. Industries as varied as health, construction and food manufacturing will all still want to be able to look to the overseas labour market post Brexit.

That last point might well mean that it won’t just be a case of applying the rules that non-EU workers have to abide by. The current policy for migrants from outside of the EU provides limited options for low-skilled workers and is geared towards letting in graduate-level employees.

Those advocating Leave have often spoken of an ‘Australian based points system’ and this may well be an option. This would be a way of choosing who enters the country based on a ‘score’ that they receive based on their qualifications, language skills, experience, job and personal characteristics. Yet, it’s also worth noting that countries with such a system – including Australia and New Zealand – have a higher level of immigration than the UK.

If the intention is to reduce migration – and May still remains committed to the long term aim of getting this to the ‘tens of thousands’ – then the points system will have to be carefully framed with this in mind.

The status of workers from overseas isn’t the only thing to keep an eye on either. The UK has positioned itself as a global economic hub – especially in London – and it will still want entrepreneurs and companies to set up in these shores.

This may well mean tier 1 entrepreneur Visa lawyers end up handling the cases of people in and out of the EU.

What has happened since the Brexit vote?

The initial aftermath of the Brexit vote has seen immigration increase, with the number of Eastern Europeans employed in Britain rising by 49,000 between July and September to reach 1,077,000.

That increase accounted for nine in every ten jobs created in that period, showing a surge in people wanting to beat any new rules that might emerge once the country is out of the EU.

With formal exit from the European Union likely to be a couple of years away, it would not be surprising to see this trend continue – although it is worth noting that there has not yet been a clear line on the status of EU nationals in the new-look Britain. Whatever happens, expect immigration solicitors in London, in particular, to be busy.

So, what’s next for immigration?

Two things seem clear when it comes to the plan for immigration – the Government sees new controls as a must and that it would like to see immigration fall.

How tough those controls are, the scale of the fall (if indeed it occurs) and the potential price to be paid to achieve this are all far from being decided.

Should your business be looking to the Spanish market