There are two sides to every Bitcoin – the spendable token (the Bitcoin) and the technology behind it (the blockchain).

The former is inseparable from the latter but the blockchain can exist in the world apart from commerce and investing, with applications in any industry in which the storage and sanctity of data is paramount. 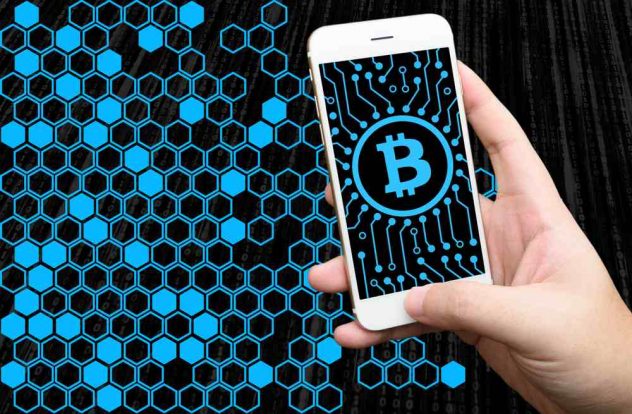 In its most common form, blockchain is an ordered list of every transaction made in a particular currency, and all 641 cryptocurrencies are based on the same technology, inclusive of Ethereum, Litecoin, Dogecoin, and so forth. It has fans in Sir Richard Branson and Bill Gates, and a dedicated audience in a corner of the internet concerned with games like poker, blackjack and roulette.

A good example from the latter sector is a company called VegasCasino.io, which has given up conventional currency altogether in favour of Bitcoin. Offering mobile and web-based games, including poker and btc slots, VegasCasino.io allows players to take advantage of the fact that deposits and payouts in Bitcoin are immediate and irreversible.

Bitcoin is founded on anonymity. Blockchain, on the other hand, can be used to store documents and data in a publicly accessible way around the world, in much the same fashion as credit reports and criminal records are available to anybody in the UK with sufficient credentials. For that reason, blockchain has applications in preventing forgeries and black market trade.

For example, ‘conflict’ diamonds are precious stones mined in unstable regions and sold to fund dictatorships or the whims of warlords. A reported $23m (£18m) trade in conflict diamonds exists in the African country of Côte d’Ivoire alone, while The Republic of Congo can’t trace 40% of its stone production back to its place of origin.

Integrating the Kimberley Process, a diamond documentation scheme that has rule of law in 75 countries, into the blockchain could eliminate or reduce the trade in illicit diamonds by ensuring that a record of a stone’s transit from mine to jewellery store is stored in an immutable way. In other words, rogue traders would no longer be able to forge documentation to get conflict diamonds out of a country.

It’s entirely possible to create a ‘digital diamond’ on the blockchain, inclusive of details like its clarity and colour, serial number, origin, and more technical details such as pavilion depth and angle. The immediate concern is in finding a person who can’t be bought to oversee the entry of data at the point a stone comes out of the ground.

Obviously, diamonds are only one part of the global economy. Pieces of artwork, expensive shoes, and deeds for land and property ownership can all be embedded in the blockchain, with the latter central to Sir Richard Branson’s interest in the technology.

Branson cited the example of Egypt, where everybody has a house but nobody can prove it, a situation that makes it impossible for some people to start businesses. The entrepreneur, whose Virgin Galactic travel company accepts Bitcoin, referred to the tech as the foundation of an “economic revolution”.

Going forward, expect to see a greater separation of Bitcoin from the blockchain technology. The latter may even come to outgrow the popular cryptocurrency (at least in terms of its integration into wider society) with insurance companies, the military, hospitals, and anybody who values the safety of information all standing to gain from including blockchain in their future development in the world.

How do you prevent IT outsourcing risks and build a great software product?