In the past decade we’ve seen mobile gaming transformed from clunky games of Snake to graphically advanced titles that are capable of taking on traditional console games. 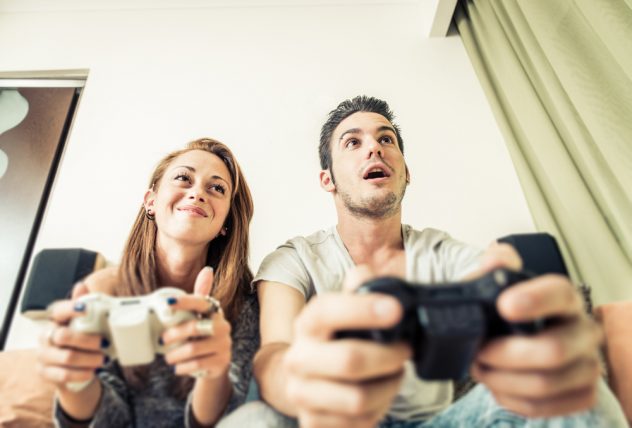 But the most interesting aspect of this technological shift is the way that the current wave of mobile games seem to highlight multiplayer gaming as a central part of the entertainment.

This means that whether the gamers are playing a first-person shooter or are trying out some online blackjack, most developers are increasingly feeling the need to include a multiplayer option.

A big part of this must be due to the prevalence of social media. Whilst video games have often been a solitary affair, improvements in broadband connectivity have meant that many titles have become social affairs too.

Part of the reason as to why Minecraft has become a massive hit is the fact that it allows gamers to meet and talk whilst constructing weird and wonderful worlds. And viral mobile hits like Alphabear became big news thanks to the way that the word puzzle game allowed players to share their funny sentences on social media for greater exposure for the brand.

But it’s allowing gamers to remotely play directly against each other that’s really helped mobile gaming become a world beater. It’s now a central component of many chart-topping gaming apps with titles like Clash Royale making multiplayer battles a chaotic and integral part of the tower defence fun.

This is a concept that hasn’t been lost to the rapidly growing online casino realm. Although it can be a good challenge to play against a computer opponent, sites like Betway allow gamers to get dealt in to a game of blackjack online against a friend in a way that has a fun social element with some surprisingly lucrative outcomes.

And there are few better examples of how mobile gaming is attempting to take on the consoles than the likes of Vainglory. Even though it’s a couple of years old, this is part of a multiplayer online battle arena trend that’s become a massive hit in recent years.

Amazingly, the busy and complex multiplayer game works well on a smaller screen, and is already making its presence felt in the rapidly-growing competitive gaming sphere. And it proves that whether it’s a game of online blackjack or the latest MOBA title, there’s nothing stopping the rise of multiplayer mobile games.

How technology is improving the lives of the older generation