The HMRC will be keeping a watchful eye on companies making late payments for their scheduled tax bills, with plans to triple fines on any late payment from around 5% to 15%. The cause of this could be partly due to some of the incredible tax ‘scandal’ stories that have been prevalent in the media in 2016 – resulting in tighter clamp downs around tax payments. 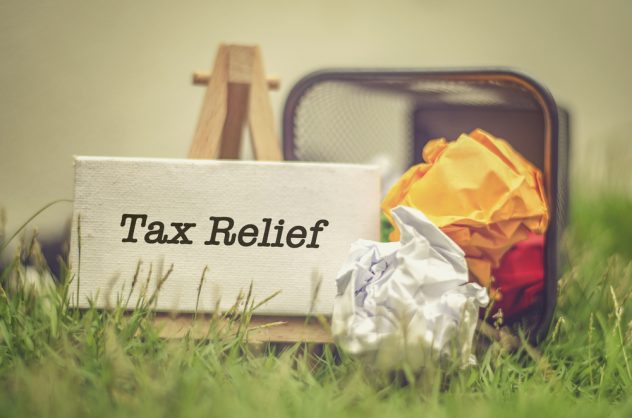 Last year the HMRC raised an additional £470m from SMEs alone in tax. Despite the intensifying clampdown on compliance, there is a legitimate tax benefit that more than half of UK SMEs are failing to take advantage of which could help to boost their cash flow and support the business in other areas of investment.

Tax credits – could you save?

Enabling companies to reduce their tax bill the somewhat mysterious Research and Development (R&D) Tax relief scheme was launched by the government in 2000 to encourage innovation and global competitiveness. Thousands of small businesses could benefit from this tax credit scheme.

It allows companies to claim payable cash credits as a proportion of their R&D expenditure (only for qualifying costs). Currently, loss-making firms could be eligible for a repayment of up to 33% and those companies which are profit making can save tax at around 46% for qualifying expenses.

Figures can be deceiving though. According to statistics released by HMRC, SMEs claimed £970 million in R&D tax credits in 2014-15, up from £780 million in the previous year. However, the number of SMEs who claimed R&D credits in this same period rose by only 7% and it is estimated that £1 billion in tax credits is currently going unclaimed every year as confusion remains over which businesses are entitled to claim.

The qualifying criteria – what you need to know

Some companies are aware that these R&D tax breaks exist but may think they are not entitled to claim even if they have qualifying costs.

Even if your business is looking to make investments to enhance products and services through technology, where the outcome may be uncertain, you may still be entitled to receive R&D tax credits. Businesses need not think that they are restricted by their industry sector and there is no need to employ ‘special scientists’ for the project.

Even if your project is unsuccessful, businesses can still receive tax relief if they were trying to strengthen their competitive edge by harnessing innovative or pioneering technologies. R&D tax benefits are not reserved for just ‘small businesses’. Organisations that pay Corporation Tax, employ fewer than 500 staff and which have a turnover under €100 million and a balance sheet not exceeding €86 million may also apply for this relief.

As the 31 January payment deadline looms, tax season can be a stressful time for SMEs and potentially more so this year in result of the economic uncertainty surrounding Brexit. Businesses unable to claim tax R&D relief should not worry – there are many other ways that they can reduce their tax bill and preserve cash flow and working capital in the business.

The Chancellor’s Autumn Statement recently announced that the personal allowance – the amount you can earn tax-free each year – will increase from £11,000 to £11,500 from April 2017 and rise to £12,500 by 2020. In addition, there are other ways to save on tax costs including leveraging the Annual Investment Allowance as well as claiming for various company expenditure over the course of the year.

In addition, increasingly SMEs are looking to alternatives from their current high-street banks to provide flexible tax funding as a simple and effective way of paying their tax bills and spreading the cost to reduce any strains on cash flow. Wesleyan Bank offers a host of commercial finance solutions, including short-term loans for tax finance. Businesses can spread the cost over 6 or 12 months, freeing up working capital for other important areas, limiting the impact on their day-to-day finances.

Combatting the challenge of equality and diversity for SMEs

Is gold investment a viable way to raise funds for your business?