Red tape and regulation is often highlighted as a significant challenge for small companies. According to the Forum of Private Businesses (FPB), the UK’s 1.2 million micro, small and medium-sized enterprises (SMEs) pay an estimated £20bn in compliance costs every year – averaging at £14,900 per business. FPB’s research finds that the biggest compliance related cost comes from adhering to employment regulation. 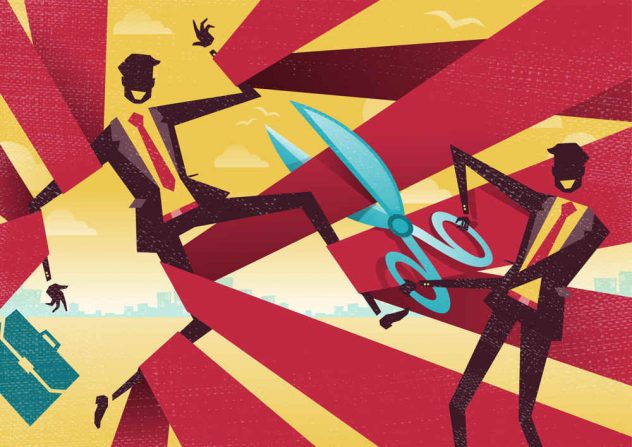 We’ve surveyed UK SMEs to understand their views on the issue. We found that not only is employment law an expense, it’s also a major cause of confusion among small business owners, with 51% of companies feeling perplexed about employment regulation. And it’s not just a case of the business owner getting their head around the rules that are in place to safeguard employee rights. With these regulations prone to regular changes, SMEs are expected to keep track of these changes – and are legally responsible for doing so.

As 77% of small companies take on the burden of HR themselves, without any expert help internally, it’s no wonder this is proving to be a challenge. Our study found that 39% have had a good understanding of their responsibilities as employers at some point, but lost track as regulations altered.

In the past year alone we’ve seen the introduction of the Living Wage, rules around pensions, confusion around Zero Hours contracts and revised regulation on apprentices. The Zero Hours debate was a complex discussion to navigate for policy makers, let alone small companies. Managed correctly and fairly, flexible working options – whether it’s Zero Hours contracts, on-demand business models or general shift work – can empower both employees and small businesses, and create a satisfied, efficient workforce. But in the wrong hands they can be exploitative. After much deliberation, new legislation has been put into place, but given the complex nature of the subject it’s little wonder many SMEs are still left puzzled. Sixty-eight per cent of companies questioned told us they are still unclear on Zero Hours contracts.

Unfortunately, given the current political uncertainty in post-Brexit Britain, regulatory upheaval is unlikely to ease any time soon. Our SME pulse check found that one-in-ten small companies were confused about the impact Brexit might have on their enterprises before the Referendum even took place. Following the economic swing and political in-fighting that has since resided, it’s likely this sense of confusion has risen dramatically.

We are yet to see how Brexit negotiations play out but as parliament returns from summer recess this September, it’s likely they will start to tackle article 50, which means more regulatory upheaval could be on its way.

It’s rare that SME owners actively seek ways to evade regulatory requirements, but unfortunately those who fail to comply, due to confusion or misunderstanding are held just as accountable. Figures for the last available quarter from the Pensions Regulator reveal that UK employers are facing fines worth £10,000 a day, with the nation’s smallest companies amongst the hardest hit.

Most SMEs understand that they have an obligation as employers to protect their staff and comply with legislation when they first take on staff, but this isn’t a one-off, tick-box exercise.

Staying compliant as a business owner means staying abreast of regulatory responsibilities. But for a small business owner whose responsibilities also stretch to managing customers, staying on top of finances and generally keeping the business running, this can seem an almost impossible task. The key is for SMEs to uncover how and where they seek support on matters of staff management, pulling in third-party support to lift the burden where required, so they are freed up to concentrate on the core aspects of running their business, without leaving themselves vulnerable to regulatory breaches.

Will Brits still be able to play EuroMillions after Brexit?