In first-world countries, over-60s currently make up the fastest growing age group and, according to The Economist, their numbers are set to increase by more than a third by 2030. Older consumers are also the richest, thanks to house-price inflation, generous pensions, and the fact that younger generations are struggling to find their feet in a competitive jobs market. 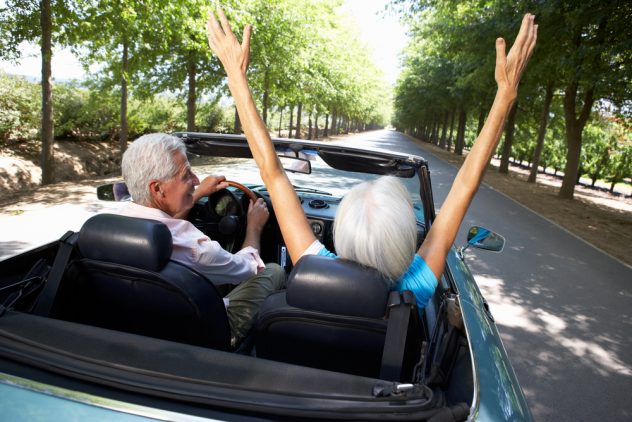 Yet, despite the fact that older people tend to have the most disposable income, a startling lack of companies are targeting their marketing efforts towards this demographic. One of the main reasons for this is likely that marketing companies and departments are often dominated by younger people. This is reflected in the fact that, according to Marketing Week, 63% of 50–64-year-olds, and 68% of those aged 65–74 claim that they don’t relate to the adverts they see on television.

But, there’s another reason why it can be so difficult to target an older demographic: ageing means different things to different people, so you can’t simply put everyone over the age of 60 into the same box — a 65-year-old, for example, is going to be very different to someone who is 85. Plus, nobody wants to think of themselves as old, and it’s very easy to put people off your company or products by treating them as such.

Therefore, marketing to an older generation can take a lot of thought and effort. If your company offers products or services that suit an older demographic, but you’re struggling to target your marketing efforts appropriately, you could be missing out on a huge number of customers and, ultimately, a lot of money. But, how can you reach the older generations? Perhaps it’s time that you explored some more traditional channels of communication.

While, as previously mentioned, you can’t put all older people in the same box, there is one thing most of them have in common: they open their mail. So, it’s wise to explore the option of contacting potential customers by post. Also, companies that deal primarily with an older demographic often find that their customers like to talk over the phone — they tend to prefer to speak to a real person one-on-one. So, if you’re trying to market your business to an older demographic, you’re likely to benefit from spending less time on Twitter and more on picking up the phone and sending out some letters or brochures.

The River Cruise Line has seen the advantages of contacting older consumers in this way. The company offers trips across Europe and the majority of its customers are over the age of 50. Pat Tempest, head of brand marketing, says: “River cruising is very appealing to an older demographic, so we use traditional marketing channels, such as sending brochures by post or advertising in newspapers.

“From our experience, we’ve found that, in general, the older generation prefers to communicate via traditional methods, too, so we stress that we’re always at the end of the phone if they would like to enquire about any of our cruises. Plus, we try to make it as easy as possible to book onto one of our cruises — you don’t need to be internet-savvy, as everything can be done over the phone if preferred.”

So, there you have it: if your business is looking to appeal to an older demographic, it’s no good doing everything online — you need to be contacting potential customers personally by post or phone. This way, you’re likely to get a much higher response rate and, ultimately, garner more interest in your products or services.

Getting your business ready for the new year