The UK’s decision to leave the EU as a result of the referendum of 23 June 2016 will have far reaching implications for businesses in the UK, the EU and elsewhere. Clearly, it will be some time before the future relationship between the UK and the EU will be fully defined post Brexit. 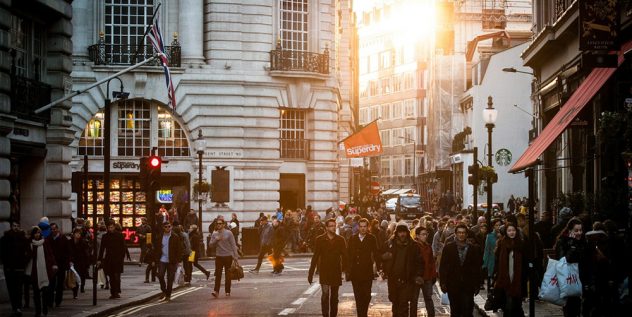 In the meantime, companies in all countries concerned will be wanting to protect their interests going forward. Putting a robust plan into action to guide your business through the uncertain times ahead is the best way to fortify against any unwelcome changes, while putting yourself in the best position to take advantage of any new opportunities. So, where to start?

Here, Mike James discusses the advantages or implications for businesses, as part of a project for Ireland-based personal injury solicitors McCarthy & Co.

Article 50 of the Treaty on European Union states that a Member state can ‘decide to withdraw from the Union in accordance with its own constitutional requirements.’ Invoking Article 50 is a formal process that needs to be initiated by the British Government, the EU Referendum itself having been merely advisory. The UK’s ‘intention to leave’ notice must be unequivocal, and given either to the President of the European Council in writing or stated at an official European Council meeting. PM Theresa May has said that this will take place by the end of March 2017.

Full negotiations between the EU and the UK regarding the terms of withdrawal and the framework for the UK’s future relationship with the EU can then begin. During the period of negotiations, the UK will remain a full member of the EU until an agreement has been concluded or a maximum of 2 years from the date of notice to withdraw. The 2 year period can be extended by unanimous consent of all countries involved. Finally, the withdrawal agreement will have to be agreed by both the European Council and the European Parliament.

In terms of timing, Article 50 does not specify a timescale during which notice must be given, nor can the UK be forced to trigger the withdrawal process or be expelled from the European Union. Assuming a March 2017 notice to withdraw, the UK will then be leaving the EU by March 2019 unless a unanimous extension is agreed in the meantime.

EU law will continue to apply as usual until the UK has actually exited the European Union. Businesses operating in the UK will have to continue to comply with EU law and EU law is still enforceable. The same goes for the UK’s contributions to the EU budget as well as the principles of free movement of goods, people, services and capital across the EU. As regards new EU laws, these will also have to be implemented as they come into force while the UK is technically still a full EU member.

Once the UK leaves the European Union, the UK Government intends to repeal the European Communities Act 1972 (ECA). This Act implements the EU Treaties into UK law, enshrines the supremacy of EU law over UK law, and provides a basis for transposing EU law into UK law. The Great Repeal Act will act as holding mechanism, converting EU law into UK law while parliament works its way through the huge body of law in an effort to amend, repeal or improve these laws. Outside of the EU, the Court of Justice of the EU will no longer have jurisdiction in UK law.

It may take many years to review which EU laws should continue within UK law and which will be changed. It is likely that there will be an increasing divergence between the two bodies of law emerging over time, with businesses active in the UK and the EU expected to comply with both.

In terms of law, the UK has not been able to negotiate any trade agreement for more than 40 years, since the EU’s Common Commercial Policy has exclusive competence to act on behalf of the member states. Trade deals with the EU are complex and difficult to negotiate, taking many years to agree. For the UK to agree a trade deal with the EU post Brexit, all member states would need to agree to the terms of the deal. And while the exit agreement and the terms of the future UK/EU relationship will of course be closely linked, the EU is currently insisting that the UK’s withdrawal agreement would need to be concluded before any trade deal negotiations could begin.

The UK’s post Brexit trade relationship with the EU can take several forms, though the Government has already ruled out a ‘Norway Model’ (meaning membership of the European Economic Area) or a ‘Switzerland Model’ (with bilateral treaties agreed for each sector), preferring to negotiate a bespoke free trade deal based on free trade in goods and services, unilateral UK immigration controls while safeguarding the rights of British citizens living in EU countries. The alternative, if no trade deal can be concluded, is that the UK would trade with the EU under the terms of the World Trade Organisation (WTO), involving a series of complex import tariffs and customs checks. Goods exported to the EU would still need to comply with EU standards.

Outside of the EU, once the EU’s Common Commercial Policy no longer restricts the UK’s ability to negotiate its own trade deals, there may be commercial opportunities out there. Countries that have expressed an interest include Australia, Canada, China, Ghana, India, Mexico, New Zealand, South Korea, and the USA. That said, the UK will lose the benefit of the EU’s free trade deals with non-EU countries post Brexit, while any non-EU free trade agreements concluded would have to levy the same tariffs as per WTO rules.

Clearly, for UK businesses, their EU trading partners and multinationals, the current uncertainty makes business planning difficult, which is why it is essential to seek legal advice to get clarity, mitigate any negative impact and plan for contingencies.

In terms of business strategy, recent advice from PwC and Strategy+Business may be a useful starting point. Recognising the immense structural changes facing businesses in a post Brexit world, private enterprise leaders are advised to prepare for several years of uncertainty. In these unprecedented times, an effective global post Brexit business strategy ought to be built around 6 basic action principles: