The law in the UK is very clear on speeding – you’re breaking the law as soon as you exceed the stated limit for the road or motorway you’re on. 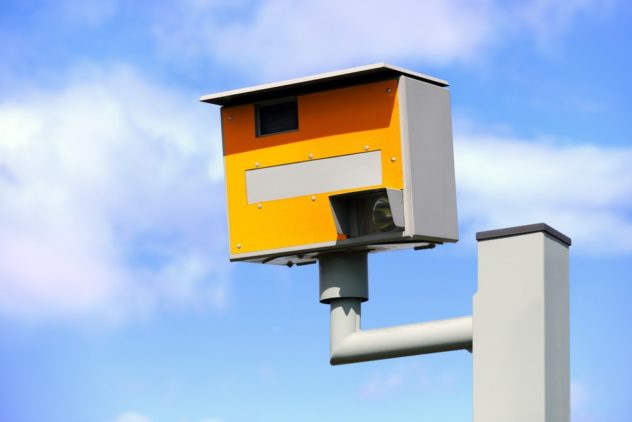 In practice, however, most police forces allow drivers to be 10% over the speed limit, plus an additional 2mph for speedometer and camera calibration errors. This isn’t just to be kind to drivers, it’s to prevent our law enforcement from being tied up with otherwise careful drivers who have strayed 1mph over the limit and to help drivers to concentrate on the road, not just their speedos. There are several possible outcomes for speeding drivers, so let’s have a look at them.

What are the fines for speeding?

If you get a Fixed Penalty Notice (FPN), you’ll probably get a £100 fine and three points on your licence or the offer to attend a speed awareness course. If the matter reaches court you could face a higher fine (up to £1,000 for non-motorway driving and up to £2,500 for motorway driving).

How many penalty points will I get?

Usually you’ll get between three and six points, depending on your speed, your previous driving record and your mitigating circumstances. If you have what you feel is an unfair Notice of Intended Prosecution help is available from motoring offence solicitors.

Could I be banned?

Yes, if you already have enough points on your licence that the new points take you to, or over, 12. If you reach 12 points the Court will consider disqualification. It will only not disqualify if exceptional hardship would be caused such as loss of livelihood which would have wider adverse consequences other than those which affect the person accused of the offence.

I was speeding, but I really don’t want those points…

If it’s your first speeding offence and you were just a little over the limit, you could be offered a speed awareness course instead of points. You’ll foot the bill for the course and some insurers ask if you’ve attended one, so it’s not an entirely free pass!

If you don’t get the speed awareness course, you’ll probably get the offer of a £100 fine and three points. This means you don’t go to court, so there’s no costs other than the fine and you have to respond to the offer within 28 days. This Fixed Penalty Notice if accepted stays the same – £100 and three points – regardless of the circumstances, your income, whether you already have points.

I have a court summons

If you were a long way over the limit, or if three additional points takes you to 12 points, which means the possibility of a ban, then you’ll have to go to court. The police have six months from the date of the incident to lodge papers with the court. You may face additional penalties, as well as court costs.

How long will the points stay on my licence?

Your points will stay on your licence for three years after the date of the offence (if you get an FPN) or conviction (if you go to court). Any endorsements are removed after four years.

What degree should an entrepreneur have?

The UK’s relationship with gambling through the ages