Several global organisations announced mergers in the past few months including Verizon, who plan to acquire Yahoo! for $4.83 billion, and Japan’s SoftBank buying Arm Holdings, the British smartphone chip designer for £24.3bn. 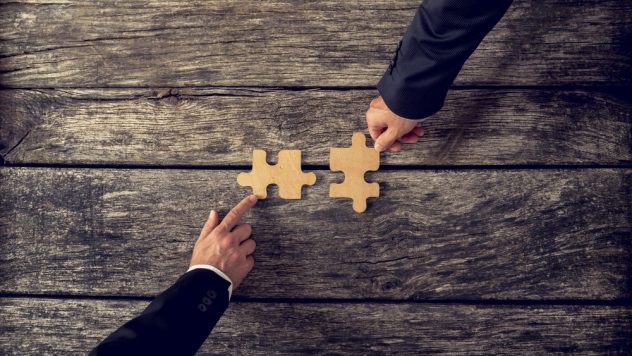 One of the biggest and most underestimated challenges in a merger is bringing employees together, says Mary Clarke, CEO, Cognisco, a company that specialises in people analytics.

Law firm Allen & Overy recently highlighted that in spite of the planning that goes into an M&A transaction, as few as 20% of deals achieve the benefits the buyer expected. One of the main reasons for this is the lack of awareness that goes into managing and planning the complex HR and employment issues involved in two companies coming together.

Another M&A survey 2016 from KPMG stresses that in any merger situation corporate culture should be a key consideration, with 54% of executives saying cultural and HR issues are the most consistently challenging integration issues they face.

Mary Clarke, CEO, Cognisco says: “Merging organisations will often have dissimilar goals, cultures and products, which can present a major challenge for even the most experienced CEO. With the implications of Brexit and the effects this could potentially have on the global markets still unknown, this challenge is going to intensify further over the coming years.”

One way to overcome these people challenges is for companies to ensure they have up to date information on all employees about their competence, their (likely & observed) behaviour, confidence and attitude and how well they actually perform in their role. Most organisations don’t have this.

Equally, most companies are unlikely to have data outlining what aspects of their roles people don’t understand or where their skills gaps lie and what their specific development requirements might be.

Mary Clarke says: “This kind of information is vital when the merging organisations work in sectors such as banking and financial services, retail, call centres or rail where people can have a significant impact on reputation, compliance or operational effectiveness.

“Over the last 20 years we have found that typically 30% of a workforce misunderstands some aspect of their role and continuously makes the wrong decisions because they are confident they are actually right. A rapid identification of these high risk people issues in the early days (ideally before merging) is critical to minimise risks and to build a picture of the accepted behaviours and cultures across the organisation”.

Whether a company is buying or selling, having clear people-centred data of the workforce, will underpin the success of the M&A process. A good first step is for companies to invest in an initial diagnostic that will provide a baseline of likely behaviours, confidence and understanding against each specific role or function.

This will uncover what people truly understand, how confident they are in their knowledge and how they are applying their knowledge at work. Crucially, the results provide people-centred data that shines a lens on the talent and current cultural trends – clearly evidencing competence, but also areas for development and areas of risk – where people may have significantly high confidence and low competence.

Mary Clarke adds: “All companies going through an M&A transaction will have one thing in common in determining a successful outcome, whether they are being acquired or looking to be acquired, and that’s proving the value of their people. Only by having people-centred data can they accurately evidence this and hence make themselves a more appealing proposition.”

Five tips for leading your business through chaos