The answer to the question in the title might sound like a moot point – with the popularity of Visa, MasterCard, and even online payment processors like PayPal and Skrill, people have been going without cash for a decade or more – but the last three years have brought about some rather seismic changes to the world of payment methods. 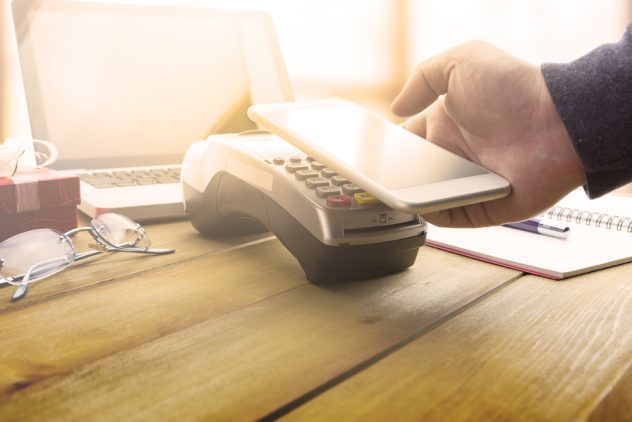 Firstly, the release of mobile wallets by Google, Samsung, and Apple meant that anybody with a phone belonging to the three manufacturers no longer needed to carry any cards at all. It’s not just a fad; usage of Apple Pay climbed 500% in Q3 2016. Meanwhile the ascension of Bitcoin to become the most valuable currency on earth in early 2017 was the strongest sign yet that Satoshi Nakamoto’s cryptocurrency isn’t going away.

With the above in mind, perhaps the more appropriate question to ask is: will we one day dispense with the plastic and metal altogether and trade data instead?

It’s not beyond the realm of imagination. The frequently prophetic TV show Star Trek, a series that predicted tablet computers, universal translators, AI that understands speech, and several other things decades before they were realized by scientists, had dispensed with physical money altogether by the 24th century.

It’s unlikely that the cashless future will take even that long, though. According to a BBC article from mid-2015, cashless payments, inclusive of debit cards, cheques, and NFC-based transactions like Apple Pay, are already more popular than physical currency. The same article predicts a 30% collapse in the amount of real money on the market by 2025.

The growth of the internet is the obvious catalyst behind cash’s fading glory and the only reason currencies with no physical presence, like Bitcoin, Litecoin, and the 649 other cryptocurrencies can exist at all. However, digital wallets and even credit cards provide several benefits over cash, such as assurance against theft, faster transactions, and a smaller profile – nobody likes carrying a pocket full of coins.

Bitcoin typifies the advantages of a cashless system to the extent that large parts of the gaming industry use the currency and the technology behind it – blockchain – exclusively. It’s not the risk it may appear to be: the first licensed Bitcoin casino, the aptly-named bitcasino, is a full-featured gaming site, offering a sportsbook and lotteries, as well as poker and blackjack with live dealers. Bitcasino also provides advice for players looking to exchange real, physical money for their first Bitcoins.

Nakamoto’s Bitcoin is about as close to the Star Trek ideal as it’s possible to get in 2017, with the fact that it can be created from nothing – or, more specifically, by trading computer processing power for small amounts of the currency, a process known as “mining” – perhaps the greatest evidence that Bitcoin stands well outside the world of traditional spending.

To end on a bit of a downer, a completely cashless future may be impossible – there are corner shops in the UK that don’t take card payments even today – so, pending an expensive government initiative, fiat currency such as pounds and dollars are likely to have holdouts in the world for some time yet.

What next for British politics?