For freelancers and the self-employed, missing the self-assessment deadline on 31st January of each year has become almost as inevitable as failing New Year’s resolutions. What’s more, tax and resolutions actually have a fair bit in common: they’re unenjoyable, complicated, and take time effort and money – the last thing anyone needs in January. 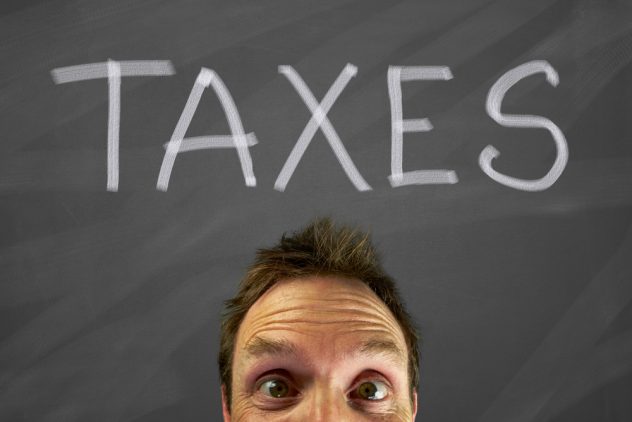 In 2015, 960,000 of freelancers and self-employed people in the UK failed to meet the midnight self-assessment deadline at the end of this month. In similar spirit, just 8% of us stick to our New Year’s resolutions, while 80% of give up in under 3 months. Our level of failure and habit of missing an important deadline is almost impressive isn’t it?

And that’s the thing, missing the self-assessment deadline has become a bit of a joke. From the sublime to the ridiculous, the excuses for not submitting our tax returns on time do not disappoint. But whether it’s your ‘pet goldfish dying’, having ‘a run-in with a cow’, being ‘too busy touring the country with your one-man play’, or the claim that your ‘business doesn’t really do anything’, creative excuses won’t help you escape the wrath of HMRC – if their tongue in cheek response is anything to go by that is.

“There will always be unforeseen events that mean a taxpayer could not file their tax return on time. However, your pet goldfish passing away isn’t one of them,” HMRC’s director general of personal tax, Ruth Owen explained in a statement.

But far-flung excuses and outright lies aside, what happens if you are genuinely going to miss the deadline due to reasons you can’t control? HMRC has disclosed some legitimate and reasonable excuses to missing the deadline that might just put your mind at rest…

If your partner or another close relative passes away shortly before the deadline, don’t panic, HMRC will give you some leeway.

HMRC will waive the fine if you’ve had an unexpected stay in hospital preventing you from dealing with your tax affairs.

If you’re computer packs in before or while you were submitting your tax returns, you will be excused. It’s sod’s law that it will too…

HMRC’s website is confusing enough, but if their system is preventing you from submitting your returns, you won’t be punished.

Before you ask, ‘forgetting’ isn’t considered a disaster. If fire, floor or theft stopped you completing your returns, you’ll be given an extension.

Postal delays, even strikes could affect how fast your self-assessment reaches HMRC. Fortunately, this is completely out of your control, so they will go easy on you.

And here’s everything you simply can’t get away with:

Relying on someone else to send your return only to blame them when they inevitably cock it up won’t save your skin.

Post-Christmas isn’t the easiest time of the year financially speaking, but HMRC won’t ease up on you if you miss the deadline because ‘your cheque bounced or payment failed because you didn’t have enough money’.

We agree, tax is too complicated, but complaining about how difficult HMRC’s system is won’t help you out.

Honest, but they just won’t buy it.

If you choose not to submit your return because of mistakes you made in it, you’ll still be penalised.

Albert – the free on-the-go invoicing app for freelancers and the self-employed.

Your digital legacy – What happens to your online accounts when you pass away?

Can you get life insurance for business owners?

The benefits of life insurance in estate planning

How long should bereavement leave last?

Self-employed insurance: You don’t know you need it until you need it

When to use an essay writing service

Why you should consider a prepaid funeral plan

Rachael Caffrey - April 6, 2018 0
A recent study from TomTom Telematics found that over a fifth of UK companies do not have a road safety policy in place. This...