If you’ve ever wondered where the richest people hide – look no more, as London is their primary destination. With the largest number of billionaire residents, London has established itself as the capital with quite an accumulated capital. 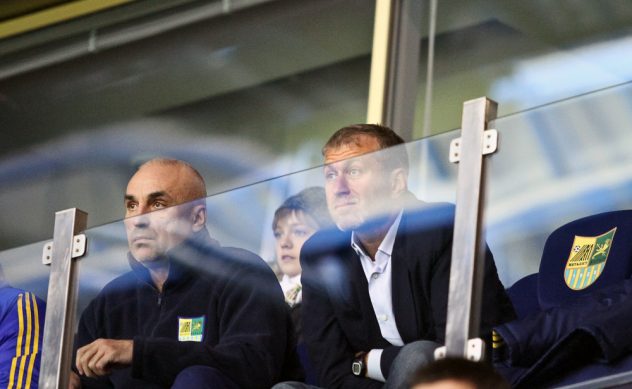 With more billionaires than anywhere else, London’s wealthy population has been estimated at $497.6 billion. Its competitors start with New York as second-placed, lacking around 30 billionaires. Paris, Moscow and Hong Kong are other such cities that attract magnates.

Shifting back to London, one can distinguish the five top contenders in the race for ‘London’s Wealthiest’ title. Although it’s not an actual contest, there are certain shifts in ranking, as the ladder of success fluctuates.

This Russian steel-and-iron master is one of the wealthiest residents of London, and entire UK, for that matter. With an estimated $15 billion, he has established himself as the wealthiest man in whole of Russia. Thus, he has gained dominance over quite a large percentage of the world wealth and the globe’s territory.

Although his companies, like Metalloinvest, mainly exploit steel and iron mines, Mr. Usmanov has also dipped into sports. Namely, he owns about 30% of Arsenal Football Club, one of UK’s finest.

Yet another foreign steel tycoon, Mr. Lakshmi Mittal is also included in the countdown of London’s wealthiest people. He is the chairman and CEO of ArcelorMittal, known as a magnate in the steelmaking industry. What’s interesting about this billionaire is that his current worth of $14 billion, to put it roughly, is far less than what he used to have. However, despite the plunge in oil and steel prices, he keeps a firm position around the top.

His way of avoiding the mundane has prompted him to purchase shares in a west-London based football club, Queens Park Rangers.

When it comes to the third-placed billionaire on our list, a lot can be said – or 11 billion, more precisely. Mr. Abramovich is known as a wealthy London resident for quite some time, as he has chosen it to be his home – or at least one of them. His crafty stock purchasing and selling has brought him quite a fortune, as he has bought out shares from various businesses.

His passion for football has brought great success to his team, Chelsea, one of the best in the English Premier League.

With a net worth of about $7.7 billion, Nathan Kirsh is the ultimate breadwinner – especially due to his corn milling company. Through further investments, he has survived certain instabilities, only to reach a firm position on our list today. Although a risk-taker, this billionaire has not yet tested the football waters.

Mr. Sagi’s idea stands behind the major software company he owns today – Playtech. The company has altered gambling in general, providing online casinos with revolutionary programs, putting live blackjack software at top demand. Along with his other investments and establishments, Teddy Sagi works the London Stock Exchange to his profit.

SME business loans: Reasons to get a loan when starting a business

Quick tips for starting your own business

Why London is the financial capital of the world

A dummies guide to financing

Importance of risk management in trading

What should you do with excess money?

Dominic Lill - June 21, 2016 0
The spotlight into the tax affairs of SMEs is shining brighter than ever, evidenced by HMRC collecting an additional *£470m from small businesses for...