Europe is rated the best destination for those looking to progress their career abroad and benefit from great working conditions. According to data released from the Expat Explorer survey from HSBC, Switzerland, Germany, Sweden, Norway, Austria and the UK are among the top 10 countries for a successful expat career. 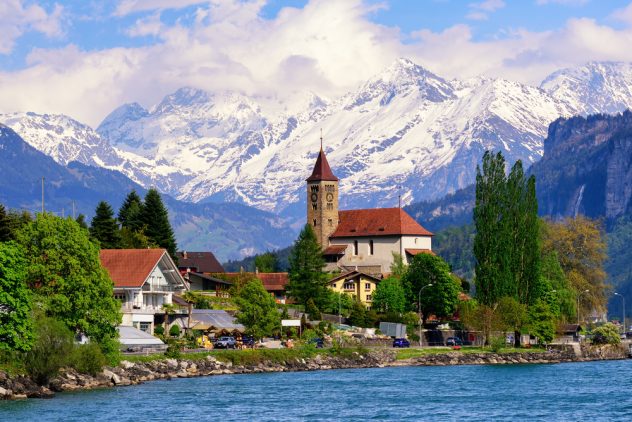 For the second year in a row, Switzerland is ranked the best all-round destination for a career abroad. The country combines the best earning prospects with a good work-life balance and an excellent work culture. The average annual expat income in Switzerland is USD188,275, almost twice the global average of USD97,419. Additionally, 69% of expats in Switzerland see an improvement in their work-life balance and 61% say the work culture is better than in their home country.

The world-wide survey of expats reveals that although expat earnings and benefits in Europe are below the survey average (except in Switzerland), the region offers an exceptional working environment that makes it highly desirable. The majority of expats across the region (52%) believe the European work culture is an improvement compared to their home country; especially in Sweden, where 71% of expats say so.

The UK, Austria and Norway are newcomers to the top 10. The UK has jumped nine places (18th in 2015), with expats in Britain among the most likely in the world to pick up new skills compared to their home country (64%) and progress their career (62%).

As a result of their favourable working conditions, Norway and Austria appear in the careers league table for the first time this year. Expats find both work-life balance (87% in Norway and 71% in Austria) and work culture (respectively 69% and 62%) better than in their home country. Across all countries surveyed, expats in Norway are the most likely to see an improvement in their work-life balance.

While European destinations do well in the careers league table, there are countries to suit every expat career ambition. Expats looking for the best employment package should consider the Middle East, where 91% of expats receive at least one benefit as part of their contract, compared with the global average of 67%. In the UAE, 56% of expats receive an accommodation allowance and 75% receive health benefits. In Bahrain, 65% of expats receive an annual allowance for trips home.

More broadly, expats across Asia find their work more fulfilling. The majority of expats in Thailand, Indonesia (both 54%) and Singapore (53%) say they are more fulfilled at work since they made the move.

For those who wonder where they could be making the most of their potential, HSBC’s Expat Careers tool can help them find the best place to meet their career: www.expatexplorer.hsbc.com/survey/careers:

Dean Blackburn, head of HSBC Expat, comments: “According to our survey, Europe is home to some of the best destinations for a successful expat career. Six European countries have made their way into the top 10 and are recognised for their strong work culture, great work-life balance and relatively good job security.

“The start of the new year is a good time for expats and prospective expats alike to reflect on what they have achieved to date and start to plan the next steps in their international careers. What’s clear in our survey, is that working abroad offers a wealth of opportunities to suit many different career needs and personal priorities.

“Some expats are looking for an accelerated route to the top of the career ladder, some want to put themselves on a firmer financial footing, while others want to improve their work-life balance. There is an ideal destination to achieve one or more of these goals; and the Expat Careers tool is there to help them find it.”

How to be two steps ahead in anticipating your customer needs

Going in for the upskill