Nuno Gonçalves Pedro, partner at Delta Partners’ digital practice in San Francisco, explains some of the myths that have arisen from Silicon Valley and the Bay area in recent years. 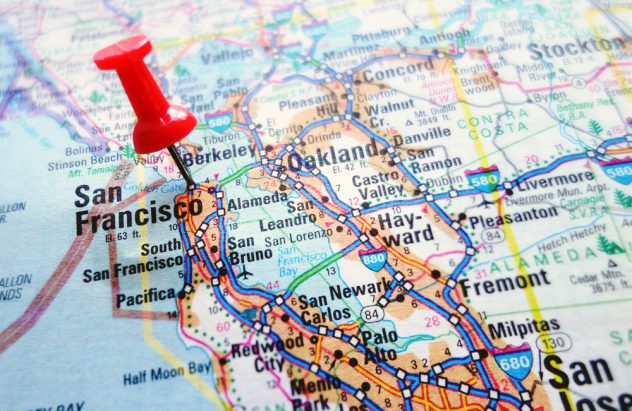 I often tell the story of an entrepreneur outside of the US, who shall remain un-named, that reached out to connect with me through LinkedIn several years ago. He was pleasant enough in his request to connect and we had several people in common.

His follow up message was straight to the point, announcing his upcoming business visit to Silicon Valley and asking if I could introduce him to the likes of Google, Facebook, Uber, etc. This illustrates a couple of the issues that I have seen when foreign companies coming to the Bay area try to ‘network’:

So this got me thinking on what had led this otherwise intelligent person – I am sure he is – to make such a “faux pas” in my book. This led me to identify what I now believe to be the root cause, which I call the “myths of the Bay area”.

Myth #1: The Bay area is laid-back

Well, yes, most people wear very comfortable clothes: from the khakis and shirt-wearing VC to the t-shirt and/or hoodie-wearing entrepreneur. There might be no other more relaxed environment in the world when it comes to how you dress; but even here, there is a clue: if you show up in a meeting with an investor – angel or VC – and you are wearing a suit or even a jacket, people on the other side of the table may find it strange.

You may even get a slight hint that it may be worthwhile to drop the jacket or the suit altogether. I once asked a general partner at a tier-one fund if he was meeting some investors, to which he replied, “yes, but how do you know that?” “You are wearing cufflinks,” I said.

This brings me to the fact that as a great friend once told me, Silicon Valley is not laid back, it is aggressively laid-back. This means that you are not only allowed to be laid-back, as you are actually expected to be laid-back. It is for that reason that you may see many Prius and Tesla Model S cars on a given working day and maybe a higher proportion of exotic cars on weekends. It is as if there are unwritten rules that most abide by.

Now you tell me that maybe some do wear suits, such as Kevin Systrom from Instagram, but these are the exceptions – normally used by those that are very successful to further stand out or simply show they don’t care – that ultimately justify the rule. Next time you see something happen that looks like proof of our laid-back nature over here, try and see if you can see it again systematically… The chances are you will.

Myth #2: The Bay area is not transactional

While people are not always clearly showing their intent in their search for where the transaction might actually lay, you will often hear the question, “how can I be of help?” or “how can I be helpful?” at a meeting. This question will normally come at some point in the conversation, but I would allege it is not just a nicety or ‘I really really want to help you’, but rather setting the stage for defining the first side of your transactional relationship.

To be clear, these might not just be transactions that lead to financial gain, but more broadly, transactions that lead to a quid pro quo in an introduction later on, or some good will in a specific matter, expertise when warranted and so on and so forth. I would, however, argue that although there are indeed people that fundamentally want to ‘pay it forward’, i.e. want to give to others, opportunities like they themselves had, without anything in return, they are still very much a small minority.

To actually give a more positive spin to this whole point, I would say that there is nothing wrong with this; the transactional nature of interactions is actually better than the unclear value one might have from numerous conversations that never amount to anything. If given the two extremes, I prefer the transactional one. Now, if we all just focused on ‘paying it forward’… if only.

Myth #3: This is a place made on self-confidence and assertiveness

From an external standpoint, it is clearly the case. The way entrepreneurs communicate here when raising money is so assertive that some European entrepreneurs that I know and are based here, would slap each other in the face to pump themselves up before going into an investor meeting.

This would enable them to put themselves into a state of assertiveness, which allowed them to communicate above the ‘noise level’ (True story by the way). However, from an internal perspective I would say that this is a place filled with insecure overachievers. Maybe in some ways, the success of many great entrepreneurs in the Bay area comes precisely from this.

I often say that a successful entrepreneur normally needs to communicate well at three levels: internally, with a manageable dose of reality distortion field; externally, with a ridiculous amount of powerful imagery; and to himself, with a sharp and clear view of the truth. Maybe it is the truth that makes many of these successful and great entrepreneurs become so insecure with what they have achieved, even when it has been undeniably amazing.

Myth #4: There is a ton of capital to invest in start-ups available here in the Bay area

This one is not a myth… it is actually true. San Francisco start-ups alone received $10.9bn in VC investment last year from 584 deals, while what we normally call ‘Silicon Valley’ got around $10.4 Bn from 721 deals, with other additional capital being deployed in other regions of the Bay area (by the way, this is why I normally call this region the Bay area).

To be clear, this is about 40-50% of the total deals and total funding done in the entire US last year. In some ways, I would say the myth resides in start-ups from all over the world thinking there is a lot of money here for them as well, since capital is in abundance, the local angel and VC investors are waiting for further opportunities to invest their money beyond this region.

Well, I’m afraid the opposite is true, but there are plenty of opportunities for investment in the Bay area alone… I think the numbers show it. The disproportionate amount of deals and funding made in this region even when compared to the rest of the US shows that the supply of deals is very good here. So are non-Bay area companies all doomed and don’t stand a chance of raising money here?

Well, you do stand a chance, but historically I have only seen two options that work for so-called foreign companies to raise here:

(1) You are a very successful company in a number of markets and already have significant business in the US – customers, revenues and/or other metrics of impact in the country

(2) You are a very successful company whose roadmap unequivocally will go through the US in all likelihood with a strong presence here in the Bay area, with potentially the core of the organisation being based here

Please note I used ‘very successful’ in both cases. What I leave out of this discussion is some discrete angel checks one might get here, because one might have an MVP or an offering that may be of interest. Now, this doesn’t mean that there aren’t funds or angels here that invest outside of the Bay area. In particular, in both my previous role at Strive Capital and my current role at Delta Partners I’ve been geo agnostic.

But it does mean that the centre of gravity is still very much the ecosystem here, not the ecosystem elsewhere. The bar for raising, as such, if you are a foreign company is not only high, it is ridiculously high.

In summary, the Bay area has great opportunities for people from all over the world, but it is still ruled by its own quirks, un-written laws and complex human relations. Ignoring this is not only naïve, but potentially detrimental to conducting business here.

Save £3,000 per employee by helping staff sleep more soundly