A survey of freelancers working in creative industries revealed an estimated average loss of £5,394 per person per year, due to working for free. 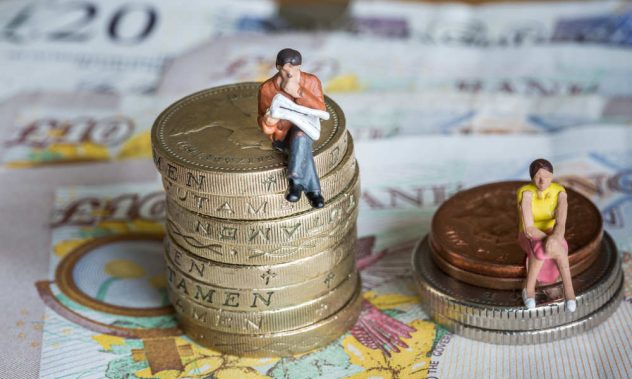 The research, conducted by the Association of Independent Professionals and the Self Employed (IPSE) and The Freelancer Club, found those surveyed spent an average of 31 chargeable days in the past two years undertaking assignments without pay. This included scenarios where free work was pre-agreed, as well as those where an expected fee was not paid. Many freelancers were left unable to cover work related costs, or even basic living expenses.

IPSE and The Freelancer Club launched the survey as part of the #NoFreeWork campaign, which aims to put an end to exploitative free work where the client clearly profits financially.

The majority of respondents (44%) fit into the 16–29 age bracket. However the average age overall was slightly higher, at 33. Shockingly, freelancers who took the survey had an average of seven years’ experience in their field, revealing free work is not reserved for those at the beginning of their career.

A large percentage of those recently undertaking unpaid work were female (67%), revealing a disproportionate impact on women.

Why are freelancers working for free?

Over half (54%) of freelancers have worked for free in the hope of gaining exposure of their work, and just under half (45%) have worked for free to be associated with a reputable brand. Worryingly, one in five (20%) identified working for free as standard practice in their industry.

IPSE and The Freelancer Club want to see this shocking payment culture change. We are calling for Government to swiftly install the Small Business Commissioner, whose remit includes considering payment complaints from small businesses about larger businesses that they supply.

IPSE chief executive Chris Bryce, commented: “It appears that many businesses think they can get away with not paying freelancers for their work. This practice is devaluing our creative industries. Government need to fast-track the appointment of a Small Business Commissioner, who can give people someone to turn to. We’re not talking about people donating their time to charities. If a business is profiting financially from someone’s work then they deserve to be paid.

“If a big proportion of freelancers can’t continue working this way because the expectation is it shouldn’t involve pay, the whole of the UK loses out. Our creative sectors contribute a vast amount to the public purse and we shouldn’t be limiting careers in these fields to those who can afford to go for significant periods without being paid for their efforts.”

What impact does working for free have?

Working for free can have a dramatic impact on freelancers’ finances in the UK:

Matt Dowling, director at The Freelancer Club, said: “I know from personal experience how common it is for big companies to expect freelancers to offer their time and skills for free. But this is a message for freelancers as much as it is for businesses who are taking them on. When you agree to work for free, and the client makes a monetary profit from this free work, you risk creating a race to the bottom that undermines daily rates of pay for the whole industry.”

Joanne Coates, a visual artist based in London and Leeds, gave her story of free work: “Basics, such as paying my rent, had to be put on hold while I found a solution. All my savings had gone… as I believed I would get paid.”

6 top tips of how to do business in China