Diversity within the UK workforce has always been a prominent issue. It is widely known that the ‘glass ceiling’ is not just a concept, but a reality many women face when seeking career advancement. The gender gap is a very real problem that exists in the UK. While statistically, it has reduced in recent years, we have a responsibility to combat diversity and gender inequality within our workforces. 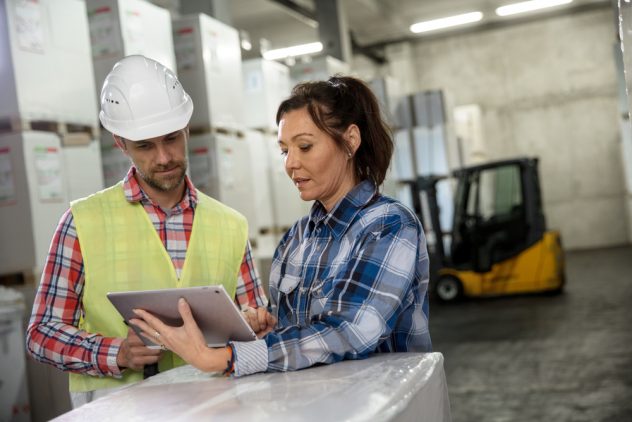 The benefits that can be harnessed by a multi-gender workforce are well documented. Those traditional arguments that are often raised — “women are not as physically ‘strong’ as men”, or that mothers are “programmed for nurture and not work” — were debunked long ago. The future of certain industries relies on the realisation of these benefits, along with combatting the major issues surrounding stereotypes and accessibility.

In Britain today, there is still a perceived image of certain jobs, roles and industries being ‘for men’. Within these male-dominated workforces, like construction, engineering, manual labour, or even the e-cigarette industry, it is becoming more important than ever to combat these stereotypes. They help to maintain the stigma that is connected to some of these jobs and have also been known to create gender conflict during work itself. Failing to tackle these topics directly compromises efforts to obtain, maintain and develop working structures which are inclusive of women.

Even at the time of writing, a male director from a major supermarket chain has jokingly suggested that white male executives are becoming an “endangered species”. What he meant by this is that there has never been a time when so many women are working as executives and directors. But by saying it in relation to men (the endangered species), instead of simply sending a positive message to women, he reinforced stereotypes, instead of challenging them.

In a country where traditional gender roles are being challenged more than ever, we would hope to see this attitude shared more widely across our society.

The future of workplace diversity

But, every day, we can read about those who aren’t letting stereotypes hold them back, why you shouldn’t overlook opportunities in male-dominated sectors and how more and more women are building careers in manual trades.

As the director of an e-cigarette eCommerce business, I have first-hand experience of trying to hire women within our industry. We have always hired the right person for the job, irrespective of age, race, or gender. But we’ve found it difficult to find qualified, experienced women to work for us.

We hope that employers don’t let these difficulties discourage them. While they may not think they have had a direct impact on their industry’s gender accessibility issues, they are always capable of positive change.

Ultimately, this is a slow process and one which requires continual investment. The positive changes have established themselves throughout our culture after many years, but that doesn’t make it any less relevant — or important — to the future of our industries.

There still remains a lot of work to do before gender diversity becomes something of the past. It is as important as ever for everyone to understand their role within this change, and to simply make more effort to think about others, regardless of circumstance.

Pascal Culverhouse is the founder and managing director of Electric Tobacconist Ltd — the UK’s largest supplier of electronic cigarettes in the UK. He began his business in 2013 and, since then, his staffing responsibilities have grown significantly. He is a firm believer in fair recruitment, and tries as much as possible to make his business accessible to everyone.