A decade ago, commercial property investors weren’t so interested in logistics assets as they were in central office blocks and luxury high street stores across London. In recent years however, there’s been a huge change. 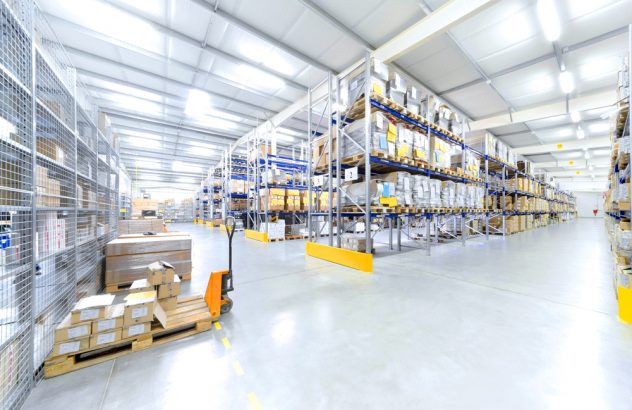 The rise of eCommerce in the UK continues at an unprecedented rate. As retailers attempt to satisfy consumer demand with increased speed and efficiently, demand for strategically located logistics warehouses is increasing.

According to a recent Prime Logistics report by leading real estate consultancy firm Gerald Eve—which analyses the UK’s 50,000 sq ft plus warehouse market—eCommerce giant Amazon signed leases for some seven million sq ft of space in 2016. This equates 19% of the total lettings for the financial year to date.

Reports following Amazon as it rolls out a futuristic drone delivery service are indicative of the ever evolving logistics sector. Yet the internet retailer’s ability to deliver to customers is set to come under sustained pressure before the end of the decade, as city warehouse space becomes an ever-more elusive commodity.

Without support for the continued development of warehouses in London, shortages are likely to stall the city’s eCommerce growth.

It’s not just Amazon driving the market demand for warehouses in the nation’s capital. German discount grocer Lidl recently announced it will soon begin operating out of a 187,000 sq ft facility at DP World London Gateway.

The warehouse, just 30 miles east of central London, will allow Lidl to service dozens of stores in and around the capital. It follows the supermarket’s aggressive expansion in the UK; the acquisition of another £55 million distribution centre in Southampton, and plans to open nearly 250 new stores in London as it pushes ahead with a three-year, £1.5 billion UK investment plan.

Parcel delivery companies are also leading the take-up of new space as consumer demand calls for expansion of logistical warehousing. DHL has plans to almost double its 56 UK parcel depots in the next 10 years; Hermes is building a £31m super hub in Warwickshire, and budget carrier Yodel has opened seven new service centres in the past year.

What does this huge demand for warehouse space mean?

As supply struggles to keep up with demand, rents in some areas are beginning to soar: more than 12% in Birmingham over the past couple of years, as Liverpool recorded the largest rise of any location at 17%. The UK average rose by 3.9%.

According to research from national property consultancy Lambert Smith Hampton, “a significant and unprecedented increase in construction will be required in the next few years” to ensure the growing number of retailers are able to continue to fulfil customer orders. Otherwise, we face serious implications for internet retailing.

Kevin Mofid, director of UK commercial research at Savills, told City AM: “In the long term, consumers could be set to see prices rise from online retailers.” The shortage could also see retailers perform a u-turn on promises to fulfill one-day and one-hour deliveries.

What is the solution for our warehousing-woes?

A wave of speculative development in 2015 provided a much-needed boost to the wider industrial sector in the UK. But despite the turnaround, supply of the most sought-after warehouse space was only restored to its 2013 level, and less than half its peak in 2009. Even then, development was largely focused at the larger end of the market.

Blackstone is just one of the many global investors to have made multi-billion pound commitments to constructing warehouses as e-commerce drives industrial change. At the moment, efforts are concentrated in China, where similar warehouse underdevelopment looks set to inhibit further growth for online retailing.

Developments closer to home look set to be ever more eye catching: Warehouses the size of football pitches are popping up on roadsides along the M4, the M5/M6, the M62 and the A1, zones newly dubbed ‘Big Box Land’. “There’s a saying in retail that the M1 has become the new high street,” says Joel Duncan of commercial property agents JLL.

Forget the decline of the high street—a new retail revolution is changing the landscape once again.

5 reasons why you need a freight forwarder

How COVID-19 has affected order fulfillment

Trading platform: What is it and how to choose one

What are Incoterms? A guide to help your business

Dominic Lill - October 15, 2019 0
Small and medium sized enterprises or SMEs are under intense pressure to reduce costs. Yet they are too small to receive the same discounts...
We use cookies. To learn more, read our Privacy Policy.Ok