When Steve Balmer retired from his Microsoft CEO position in February, 2014, it was the end of an era. Balmer was successor to Bill Gates, and had the primary job of continuing and enhancing the successful business Gates established and nurtured for so many years. 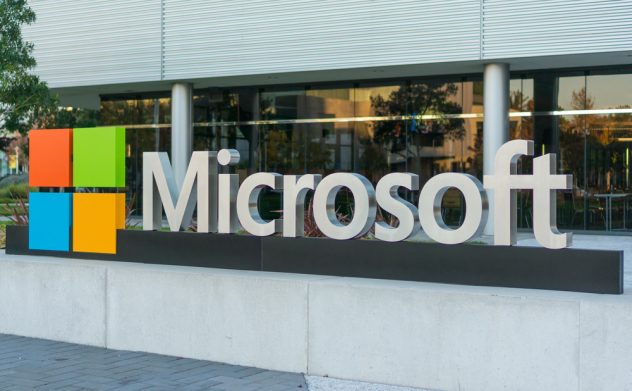 Now, the company is led by Satya Nadella. CEO Nadella isn’t just Balmer’s successor. His job is not to merely continue a legacy tradition. In a very real sense, Nadella’s task is to reimagine and rebuild the company in an entirely different image from the founder’s vision.

Balmer represented the end of the founders’ Microsoft. Nadella represents the beginning of something entirely new. It is so new, even the technology giant has trouble expressing clearly the type of company they are. But whatever their bumper-sticker description, the Microsoft Corporation is going boldly and competently in new directions that are already having a profound effect on small and medium-sized businesses (SMB).

Let’s be honest: Microsoft has not always been known for great security. Over the years, they developed a reputation for lax security, leaving it mostly to self-interested third parties. If you were a business in those days, you couldn’t afford to place any trust in their security solution.

When there was a problem with the system, the main suspect was not bad or insufficient RAM, hard drive, or graphics subsystem. The initial assumption was that there were the victim of a virus, malware, adware, spyware, root kit, bot net, or some other form of security compromise that could be traced back to Microsoft in some way.

All other changes made under Nadella are predicated on the complete 180 Microsoft has with regard to security. Besides integrating top-flight security software in consumer versions of the operating system, InfoWorld touts the following:

Device Guard and Credential Guard are the two standout security features of Windows 10 — they protect the core kernel from malware and prevent attackers from remotely taking control of the machine.

Microsoft accounts have proven to be every bit as secure as Apple IDs and iCloud accounts. This is something no one would have suspected 10 years ago. Because Microsoft now offers security we can trust, the door is open for their other big changes.

In 2010, Microsoft introduced a series of ads under a campaign called, To the Cloud. It was an unfortunate consumer-focused campaign that the company would rather we all forget. Sorry for bringing it up.

In 2017, Microsoft no longer has to say, to the cloud! Every part of the company is already there. They are no longer about boxes of disks that slot into boxes of chips and cards on your desk. Modern computers don’t even have optical drives. If you are experiencing a modern Microsoft product, you have already taken things to the cloud.

Beyond installations, there are many ways Office 365 benefits SMBs. Reallocating headcount to more value-added functions is just one. Microsoft has also transitioned Windows to the cloud, making it easier than ever to maintain the latest and most secure version of the OS. None of this would have been possible without security being addressed first.

Of course, the new cloud focus means that some companies will run up against bandwidth limits. Every object in the IoT world has an IP address. Whether it is because of your IoT applications, or your Microsoft cloud infrastructure, the connected business is going to require much better connections to the world.

Long gone are the days when Microsoft only cared about things that only benefited the Windows platform. Today, they are one of the most platform agnostic companies in the world. And that changes everything for a lot of SMBs.

From consumer software to business development tools, the company has never been more platform agnostic. That means that Microsoft has a product or service for you even if you never touch Windows.

Nadella’s Microsoft is a whole new company. It is based on security, cloud, and compatibility, words no one would have said about the old software giant, not even Microsoft. Today, they are the words that define the company.

Payment strategies should be reactive to consumer behaviour