When most folks hear the words “digital currency,” they usually think of electronic transfers of physical types of money, such as coins, paper dollars, and bank notes.

Value is determined by central banks, who work with account holders and others to facilitate ease of exchange. While it is certainly possible to transfer cash electronically, digital currencies, such as Bitcoin, actually work very differently. 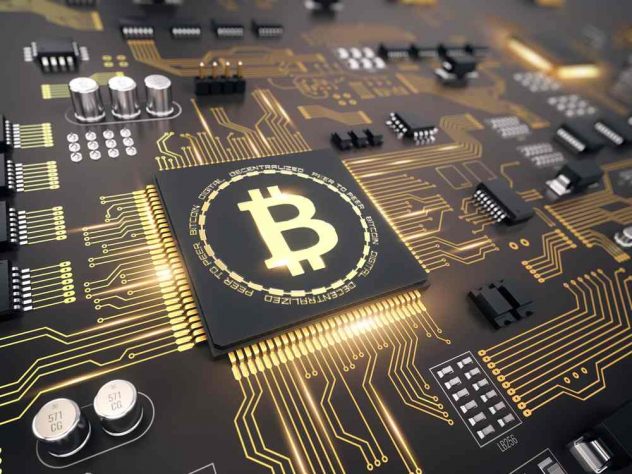 The birth of digital currencies

Most digital currencies are not backed by any physical assets. They are unregulated by most central banking systems and do not require the use of banks in order to transfer ownership of value. These currencies allow transactions to occur anonymously between users, instantly, and across borders.

Differences between virtual currencies and cryptocurrency

There are two main types of digital currency, virtual currency and cryptocurrency. Both types share many of the same characteristics, but cryptography is used to encrypt the individual units of value in a cryptocurrency.

Known as digital tokens, the encryption contains the token’s digital signatures and chain of transfers. Encryption will also normally include some form of Proof of Work (POW), or similar device, that determines the token’s value.

The rise of Bitcoin

Today, the world’s most popular type of digital currency is a cryptocurrency called Bitcoin. According to data supplied by Statista, the Market Capitalization of Bitcoin went from around $1 Billion USD in 2013 to over $15 Billion USD at the end of 2016.

While anonymity is certainly a big selling point for many Bitcoin users, a growing number of small businesses and municipalities have begun to accept it as payment because it allows them to avoid credit card fees. Since the value of Bitcoin has fluctuated over time, many have begun to turn to it as an investment. Genesis Mining bitcoin mining is one way that investors can earn bitcoins, as well as possibly generate a passive income stream.

How Bitcoin got started

Bitcoin was the first cryptocurrency that was invented by an entity calling itself Satoshi Nakamoto, who published a research paper on the discovery in October 2008. The open source code was released in January of 2009.

While various computer programmers have taken credit for its development over the years, no one is absolutely certain if the name is an alias, or even if it refers to only one person or a number of inventors who worked together on the project.

The use and acceptance of Bitcoin are growing around the world. Sometimes, the name Bitcoin is used to refer to the collective body of all available cryptocurrencies.

There are a couple of ways to accumulate Bitcoins. One of the easiest ways to gather Bitcoins is to simply buy some from an exchange by paying the current market value, plus a small fee. Users can then hold onto their Bitcoins in a digital wallet that is stored either in the cloud or on their computer. Users can also digitally exchange them with others by sending them a file from their computer or smartphone app.

Bitcoins can also be earned through mining. In this scenario, individuals compete with others to solve complex mathematical puzzles using specialized computer programs. Users can either directly buy the hardware to solve the problems themselves, or, they can pool their efforts with others and buy computer time from data centers that are working to solve the puzzle. On average, about 25 Bitcoins are mined every 10 minutes and awarded to the winner.

Which is the easiest mining contract of buying physical hardware to mine Bitcoin?

For most Bitcoin users, it is usually cheaper and far more convenient to buy time on the mining servers at databanks than it is to go out and physically buy the hardware as it is expensive to buy enough hardware that is capable of mining data fast enough to earn Bitcoins. It also takes specialized knowledge and skill to set up the hardware correctly and to be able to economically maintain it.

The hardware is also quite noisy when it is in operation, uses a great deal of electricity and generates a massive amount of heat, which also requires additional energy costs to remove to prevent overheating, actual fires or other mechanical malfunction.

Interestingly enough, Dogecoin mining is also becoming competitive as more investors look to join this profitable venture. However, it is essential to have the right hardware and software or buy a cloud mining contract before starting to mine any cryptocoin like Dogecoin. The most practical hardware to mine Dogecoin today is an Application Specific Integrated Circuit device.

How to use Bitcoin for investment and to generate passive income

After the global economic downturn of 2008, a lot of folks are concerned about how they can grow the nest egg and have enough savings for a comfortable retirement. While traditional investment strategies such as 401(k)s and investing in real estate remain popular, others are turning to alternative ways to generate passive income streams to help fund their retirement.

Users that want to invest in Bitcoins can either simply hold them and wait until they increase in the value the desired amount before they exchange them, or there are several ways to invest in them that can generate a passive income stream for users.

The mining of Bitcoins itself generates a passive income stream, as it is the program algorithms themselves that do all the work to solve the puzzles and earn the bitcoins once the mining contract is purchased.

Like any other commodity, users can purchase funds that offer various investments in Bitcoins. Examples include peer-to-peer lending, with or without collateral, where the Bitcoins are loaned to others for a specific term and then the principle paid back with a given rate of interest, and investments in online gambling casinos which are also for a specific term and interest rate.

The amount of interest that one can earn is related to the amount of risk that each type of investment carries. Less risky investments often come with the potential to earn 2% to 10% interest, whereas riskier investments may be paid back with interest rates as high as 20% to 40% interest.

While there is some risk in any type of investment, Bitcoins are a secure and anonymous way for folks to pay for goods and services that is growing in popularity and that seems to be poised for additional growth in the near future. In uncertain political and economic times, Bitcoins may be one way to hedge against inflation and deflation in local physical currencies, as well as add diversity and thereby spread out the risk in one’s investment portfolio.

How commercial property investment can help make you successful

The business guide to cryptocurrency