Britain’s offices could be set for a revolution according to workplace design experts – thanks to the impending death of email. 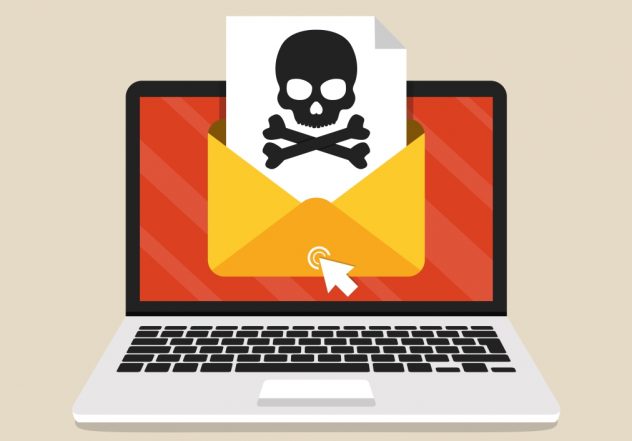 A new age of flexible and agile working is already sweeping the country as employees demand the ability to work remotely – changes which mean traditional workplaces need to adapt.

But bigger changes could lie ahead as business owners and managers consider how best to communicate with a modern workforce that no longer works 9-5 from a permanent desk.

Lancaster University predicts that 70% of all UK organisations will see flexible working become the main way of working by 2020 – and now experts believe ‘old fashioned’ email could be on the way out.

“It’s a really interesting time for workplace design because there is so much new technology and so much sociological change in the air,” said Shaun Baker, head of Crown Workplace Relocations.

“Perhaps the biggest driver is a desire from employees for flexible and agile working – and that will mean big changes in the way we communicate.

“Already many people are reaching the conclusion that email is no longer the best way. Businesses are utilising a range of media such as web chat, screen share, web conferences and web based tools to communicate more effectively instead. And that raises the question: are we witnessing the death of email?”

Baker sees plenty of evidence that email, which is 45 years old this year, is on the wane amid reports that up to four in every five emails is now generated and sent by machine.

“It has become unwieldy and time wasting – and is seen by the modern generation as intrusive,” he said. “It’s not dead and buried yet but the writing is not so much on the wall as on the small hand held screen. A report by McKinsey found that on average high skilled knowledge workers are spending an average of 28% of their work week managing email.”

France recently passed a law which requires companies to negotiate policies to limit email use after hours, while Germany banned out of hours emailing in 2013 – and Baker believes there is a fundamental difference between messaging and email.

“A text message is a conversation, a rapid to and fro of information working towards a conclusion,” he said. “An email however is not about conversation at all. Far from it. It’s almost like the hasty passing of a hot potato. ‘I’ve done my bit, now it’s landed in your inbox, it’s your problem’.”

Many businesses are using Yammer and Hipchat for instant messaging instead. This takes pressure off email systems and can be used more like a business Facebook.

Basecamp and Asama are making an appearance as collaboration platforms too, Google Hangouts as an online video conferencing tool and Slack, a web-based group communication system which enables more natural conversation, is growing in popularity.

“The key elements in workplace environment design are wellbeing and collaboration. No longer is there a reliance on individual-assigned workstations and ranks of desks and computer terminals. It’s about activity-based solutions and creating a selection of varied spaces that support both focus work and group collaboration.

“It would appear for now we’ve rediscovered the power of conversation. This will be further enhanced when a fifth generation of worker shortly enters the workplace arena. The so called Generation Z have grown up with tech and the preferred mode of conversation is facetime. Even the act of texting is seen as too much effort. The world is becoming a very noisy place and workplace design may well need to pay attention to acoustics now more than ever.”

How to choose call center software for customer service department

How geographically redundant solutions can help your business

How software can help you manage remote teams

How SD-WAN technology is different from WAN

Marketing strategies to get your business firing on all cylinders

How can you keep you in contact with your employees during COVID-19?

Over 700,000 SME owners believe their business would have better opportunities...

Dominic Lill - August 15, 2016 0
Britain may be going through an entrepreneurial boom with a record 600,000 businesses starting up during 2015, but one in seven (13%) small business...
We use cookies. To learn more, read our Privacy Policy.Ok