With the recent publicity about the clamp down of mobile phone used while driving it can often get confusing as to what the law prohibits while you or your employees are driving. 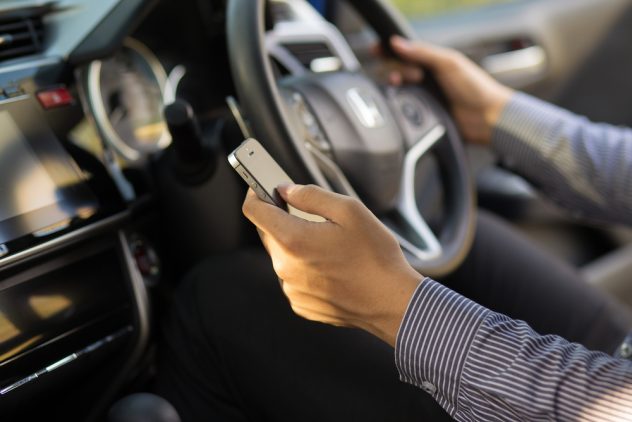 Since a large number of people drive around the country while working, the need for their phone feels like the highest priority. This can often lead to people using their phones without realising the threat that it’s causing. Even while using hands free, driver awareness is greatly affected.

Praxis42 bring you a look into why eLearning is important and how it can improve the driver awareness of you and your employees.

Many people would think that hands-free is completely risk free but it’s not. According to researchers at the University of Sussex in 2016, they found that conversations had on the phone while using hands-free can cause the driver to visually imagine what they are speaking about, cause a large distraction while driving.

This common misconception while often be believed by a large part of your workforce and it’s important that they’re fully educated to the best of their abilities to avoid any potential accidents, especially when your workforce drive a lot.

eLearning provides the knowledge and allows your employees to become more aware of their responsibilities while they’re working or driving back home.

As much as people may want it to be, there’s just no safe way to use a phone in any capacity while driving.

This may resort you to completely ban the use of phones in your employees cars while at work, but this isn’t always 100% effective. Without education and knowledge, some employees will still not be able to resist picking up or using their phone.

This is why eLearning is important, to educate your workforce in the dangers and effects of using any device while behind the wheel.

Since mobile phone and device use while driving can affect your driving, so can nearly everything else that isn’t being fully focused on the road in front of you.

A lot of people think that since their phone or device is fully turned off, away from grasp that they’re free from any distractions. But simple things such as eating, drinking or trying to focus on the radio are all equally as dangerous as mobile phone use.

Distractions while driving can be separated into three groups: visual, manual and cognitive. Visual involves taking your eyes off the road for such things as watching something on the side of the road or an accident that has previously happened. Manual is the act of taking your hands off the wheel for one reason or another such as smoking. Cognitive distractions occur when your mind isn’t fully concentrated and it begins to wander, examples such as thinking about a specific memory or trying to think of what to eat later on.

All these small things can easily happen in one small drive, something we usually don’t realise but all it takes is one bad moment for an accident to happen.

See what companies such as Praxis42 can do for you and your business and ensure that you and everyone around you is safe while you work.