It’s hard to read the news without seeing the word Brexit in every other story. The entire world is speculating about it because the ramifications of Brexit, both in terms of political and economic change, are huge. As businesses – including online businesses – are famously frightened of unpredictable changes – it’s important to be prepared for whatever changes Brexit brings with it. 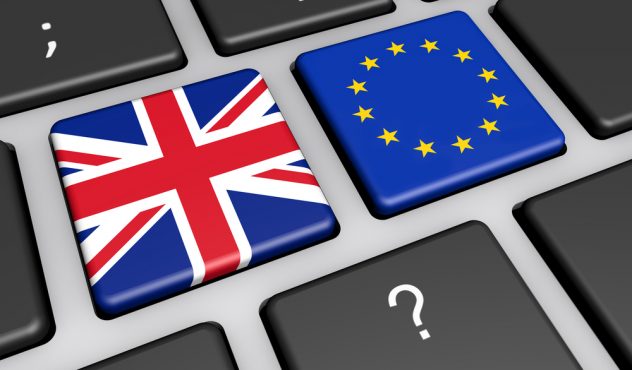 The eventual outcome of this huge geopolitical shift is still unknown, so the conversation around Brexit tends to be either total guesswork or educated guesswork. Educated guesswork is obviously much more preferable, so with the input from Peacock Carter, a longstanding UK-based web development company, here is an informed run down of how Brexit is affecting – and will affect – the e-commerce world.

The devaluing of the pound

When the Brexit referendum results first came in, the pound fell to a 30-year low against the USD$ and the Euro€. There was also a huge shockwave through the markets. In the months following the referendum results, the pound gradually picked up again, but now that Teresa May has triggered Article 50, we can expect the pound to drop again, especially when the UK eventually severs its ties with the EU.

From an e-commerce perspective, this could present problems for consumers in the UK who like to purchase goods from European online stores, as their money will not go as far as it used to. In the short term for UK online stores, it could actually be a positive change, as people in the EU will want to spend their Euros on UK-based websites because their Euros are stronger and will go a lot further. So, although bad for UK e-commerce consumers, it may be good for UK e-commerce businesses.

How British e-commerce stores can take advantage of this situation

On most Magento e-commerce websites, customers can select which currency they would like to pay for goods with. If you’re a British website, ensuring your website has this feature will help you take advantage of the pound’s drop in value as it will give customers the opportunity to pay for your products in Euros or US dollars. Without this feature, you may struggle to tap into a European or American customer base. Given this, if your website isn’t on a Magento platform, this may be the last reason you need to finally change platforms. Magento is undoubtedly the best e-commerce platform, so the benefits go far beyond taking advantage of European and American customers post Brexit.

The businesses most able to take advantage of the pound’s drop against the Euro and USD are companies with universal products, such as clothes, beauty products, music, books, etc. If your business sells electronic goods, however, you may not be able to tap into a European customer base as the different plug sockets and adapters put customers off purchasing electrical products, even though it is relatively simple to use an adapter plug.

Another positive ramification of this change in the pound’s value is that UK consumers who often bought goods from American and European websites will now find that their pounds don’t go nearly as far. As such, they are more likely to shop from UK websites in the future. Overall, it is very likely that Brexit will result higher traffic from UK customers on UK ecommerce stores, forcing Brits to spend their pounds at home in order to get a good deal.

Online commerce in the UK will likely increase

E-commerce sales in the UK are huge. 14.5 % of the UK’s purchases are made online, making it the e-commerce hub of Europe. And given that the drop in the pound’s value is likely to increase e-commerce activity, it is a very good time to have an e-commerce store in the UK. It is very likely that we will see a large rise in UK online sales; this means that there has never been a more important time to invest in your website.

You can also take advantage of this by putting time (and a little money) into your marketing campaigns. It’s important to tap into this potential Brexit market however you can. Communicate the potential savings to European and domestic customers. You could even create a PPC campaign targeting European customers, telling them how far their Euros will go on your online store.

Obviously, the UK hasn’t left the EU yet, so it still enjoys all of the benefits of free movement that come with its membership. But Article 50 has been triggered and the process is underway. As the UK’s departure from the EU is negotiated, we may find that shipping to and from the UK changes somewhat, at least with respect to mainland Europe. A likely event will be that the cost of international shipping to and from EU countries will increase significantly in a year or two. This may severely hurt the amount of international traffic ordering from UK e-commerce stores as people will be put off by very high shipping costs.

The potential rise to shipping costs when the UK has finished its Brexit negotiations will likely be the biggest challenge facing British e-commerce stores. This problem is approximately two years away, so it’s important to factor this in to your business’s long term plan.

Whatever happens in the next year or two as a result of the Brexit negotiations, it is undoubtedly worth redoubling your efforts if you run an online business. Keep a close eye on any changes to legislation and do your best to ensure your website is as futureproof as possible – even if you’re not entirely sure what the future holds. The best way to do this is to have an open mind and be willing to change how your business works if the rules change.