There are two different types of leasing brokers; the ones that sell and the ones that serve. Anybody who has ever managed a fleet, regardless of its size, or those who have simply arranged their own company car will all be aware that it has the potential to be an absolute headache, disaster causing, nightmarish experience. Or simple, stress free and smooth. The only difference between the two is how and where you choose to spend your hard-earned cash. 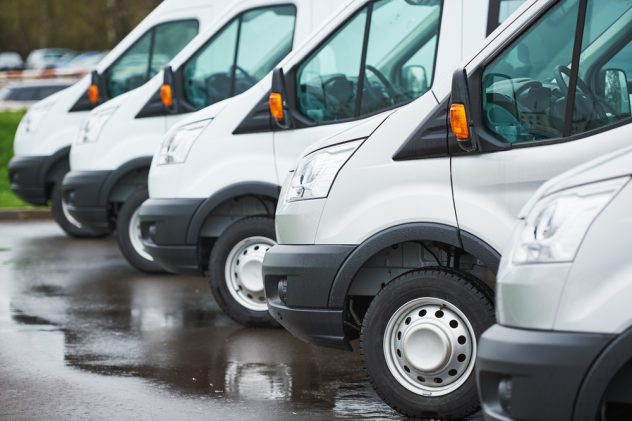 In our experience, you get what you pay for and the motor trade exemplifies that adage perfectly so perfectly it hurts. When it comes to choosing a source for your next vehicle, you really should factor in the price. If you want the absolute rock bottom price don’t expect the process to be fast, smooth or predictable. Get yourself prepared for a bumpy ride full of false advertisement, missed deadlines and dishonesty.

The car leasing industry, in particular, is saturated with experiences that get shared across social media forums and seemingly all follow this negative narrative. Just last week I got chatting to a very old friend who had been facing a similar dilemma with his fleet.

While you can imagine, any business that breaks out of the SME mould would become difficult to manage, he was particularly expressive about his fleet management. His business partner had handled a lot of the fleet previously and the company had either bought the whole fleet either in cash, at top dollar, or on Hire Purchase agreements which either tied up capital unnecessarily, restricted cash flow or cost the company a fortune in interest. They had only just settled into leasing and decided on a broker up in the north east. Their motivation for this was because said broker offered a price guarantee, where they would match any like for like quote. This obviously struck a cord and they placed and order for 4 vans they needed replacing at the time. They were the cheapest in the market by around 10%. And that is fantastic. Until it isn’t.

To cut a long story short, the vans got delivered 6 weeks late. By which time they had already sold the original vehicles the company sought to replace. It left them 4 vehicles down during the middle of a major development and cost a small fortune on short term hire, as well as a major headache. After assuming the status quo, they proceeded to order in excess of 150 vehicles over a period of 11 years, of which only 16 were delivered with less than a week’s delay. They had vans arrive adorned with plastic wrap & glue; company cars delivered with the check engine light glaring; “flatbeds” that arrived with walls and a roof; punctured tires & cracked windscreens that never got replaced. They even had a director’s car which was delivered with 2 different registration numbers, one on each end. And the best bit is…neither number had any business, what so ever, bedecking the vehicle in question.

The list goes on and on, from what I can gather it was a difficult period full of fiery complaints, a call return famine and Enterprise on speed dial. But it didn’t matter, they’re the cheapest.

When one of the directors reached a milestone birthday, the company decided they would treat him to a new motor. He was a long-standing Range Rover driver but always bought used and tired, always frugal. When Range Rover launched the new shape Autobiography in 2013 they decided it was time that he had new one, a bespoke one, made exactly how he would like. After hearing of the years of the pain, I recommended that the director check out a specialist broker and through our research we found Vantage Leasing in Manchester. They specialised in Jaguar/Land Rover and it became immediately apparent to us both how refreshing it was to deal with an advisor who operated open and honestly – they even exceeded the 12 week expected delivery time they had initially quoted. But what was really special was that Vantage then offered to either deliver the car personally or, as an alternative to a train fare of train fares, a nights’ stay in Peckforton Castle. Obviously, this was a world away from what they had previously experienced. We had never experienced anything like this. Superb service.

Need to save money on your fleet management? Here’s 10 top tips

Why your brand needs to offer omni-channel experiences

Owning v leasing company cars: Which is better for a small business?

Why is a customer omnichannel experience important?

How to get more testimonials and grow your business

‘Should I pay or should I go?’

Dominic Lill - February 23, 2017 0
Research from PayPal finds that small businesses are missing out on sales as they get left behind by consumer enthusiasm for new ways to...