There are a great many creative processes at the fingertips of businesses trying to invent a new brand name. One of the most (and the least) popular is the portmanteau—combining two or more words to invent a new, made-up word that encompasses the meaning of both of those original words. 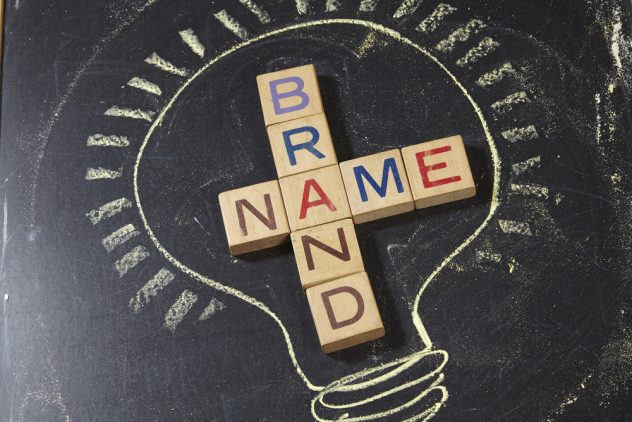 Some of the biggest brand names of all time are actually portmanteaus. Microsoft is a combination of microprocessor and software. Groupon is the coupling of group and cupon.

In the eyes of some, however, the cut-and-paste nature of a portmanteau is seen as cringeworthy, and it can easily go wrong. One Guardian commentator described them as “a soundless newspeak invented in copy rooms, words crammed into one another again and then once more, words shunting into one another like cars on a motorway.” Others claim it can be a little gimmicky.

So what does it take to make a portmanteau with the strength to carry your whole brand on its conjoined  shoulders — and should you even try?

According to entrepreneur Daniel Eckler (who has named many brands in his time) a good portmanteau name is something that sounds like it was a word already. This means it will sound natural to the customers, and is therefore a brand that they will warm to.

Branding firm Novanym discuss the role of portmanteaus in creating creative and unusual brand names. Each of the hybrid business names they list has the ability to establish a brand as “quirky”, “bold” and “forward-looking”. For startups, most of these are highly desirable qualities.

Portmanteaus can work for more formal and serious companies too. One of the most serious political events in recent British political history has been christened with the portmanteau moniker “Brexit”, after all.

Ultimately, it seems portmanteaus can be useful for branding in two ways: first, they can help you come up with unique but natural-sounding new words, and second they can suggest things about your brand to the consumer. They can tell you enough about what the company does, without explicitly spelling it out.

Some of the most effective portmanteau brand names work because they describe what the brand does. Pinterest allows you to collect your interests on a pinboard. Netflix lets you watch flix (flicks/films) on the internet. Amtrak is an American train company, traversing the country on tracks.

These portmanteaus were created in an organic way, and they make intuitive sense. It’s almost like they are names that would have come about over time anyway. But a portmanteau doesn’t have to tell you anything substantial about a brand to make a successful name.

Intel is supposed to be a portmanteau of the words integrated and electronics, but it looks far more like an abbreviation of intelligent. The name itself doesn’t tell us about what the company does specifically, but it does indicate that their products will be intelligent and therefore reliable.

Similarly, US telecoms brand Verizon is a portmanteau of  veritas and horizon. Veritas is the Latin word for truth, but most of the people who know that are likely to have placed the task of choosing a broadband provider in the hands of their servants. Even if a consumer did figure out what Verizon stood for, it is still unclear what either horizons or the truth has to do with broadband and cable television provision.

Daniel Eckler says: “Portmanteaus make for extremely strong names because of their potential to communicate your company’s ethos, purpose, and direction.” That is what these brand names do.

Finding the needle in the haystack