Sean Ofsarnie, co-founder and director of construction chemicals distributor Resapol, discusses the current upturn in fortunes of his company in spite of tricky political circumstances, and how he intends to carry this on with the General Election on the horizon.

After the long bank holiday, a cheerful four days spent among friends and family, Theresa May decided to bring myself, and millions of other business-owning Brits back to reality with a bang. On Tuesday morning she announced her intention to hold a general election in June. When the news was announced, I was sat among my colleagues, planning for the week ahead and swapping bank holiday stories. The mood quickly changed to one of curiosity, as people began to wonder aloud, what does this mean for us? What could it mean for the business? 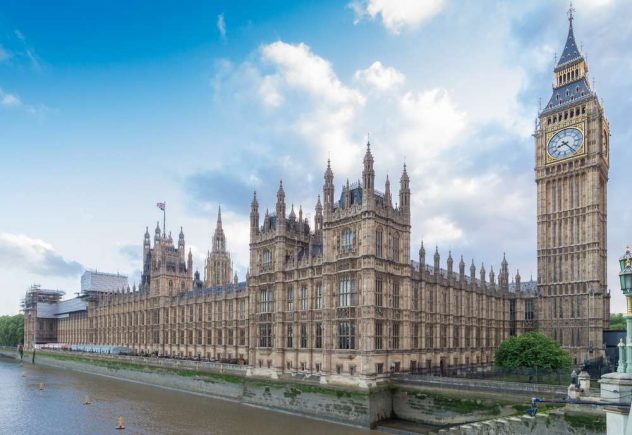 As a business owner, I stay as positive as I can when it comes to major political events. Yes, they absolutely can have impacts they have on the way businesses operate, but nine times out of ten, business owners won’t notice much difference until the chancellor announces his budget.

After the Brexit vote, like many other business owners I was apprehensive about the future of our business in a country outside of the EU. However, despite all the doom and gloom, the business actually grew in the nine months following the vote. So how did we do it, and what lessons can we take forward to the election?

Growing a business in Brexit Britain

Ever since the UK’s vote to leave the EU in June last year, much has been written of the potential economic impacts of leaving the world’s largest trading bloc. It’s all very well documented, and I’m sure many Brits are blue in the face after having read so many negative stories about Brexit, so I’ll just say this; the initial diagnosis from the media wasn’t great. It left many worrying about the future prosperity our business, our staff, and their families.

At Resapol we’re completely apolitical, and no matter what our individual staff members think about current affairs, we as a company are 100% dedicated to rolling our sleeves up and making the best of whatever comes our way. So in the wake of the vote, that’s what we did; we got to work as usual.

Many months on, the reality hasn’t been quite as gloomy as predicted. In fact, some industries defied expectations and enjoyed a strong period of growth. For example, our branches across the UK experienced growth across the board. In Southampton, we re-located into larger premises to cope with our larger stock profile and continued expansion, taking on new staff along the way. We are currently in the middle of extensive building works as we continue our growth with the re-location of our Park Royal, London depot. This will give us double the stock capacity with state of the art racking system, LED reactive warehouse lighting and a separate Transport office to improve our same day delivery service into London. I’d have been happy with this in normal circumstances, but given the uncertain political situation, I was ecstatic!

Amid the negative headlines I had assumed that we were bucking the trend, but research has suggested that our industry had a strong finish to 2016 across the board. According to a study by Markit/CIPS, in December, the construction industry experienced its fastest growth in new orders in over a year. The report showed a better than expected outlook for the sector amid the uncertainty that’s affected the market since the Brexit vote last June.

From all of this, we learned four important lessons that helped me and our company through a tricky political situation; stay informed, stay positive, stay focused, and work hard.

Those four lessons are going to form the basis of how we move forward throughout the upcoming General Election campaign and beyond.

Firstly, stay informed. I’m well aware that differing outcomes could have different impacts on our business, so on Tuesday I had a meeting with my most senior employees to research and discuss the potential outcomes of the election, and the possible impacts that could have for us. In my view, it’s best to be informed and prepared for these things before they happen, so that you have an idea of what to do when they do.

Secondly, stay positive. Yes, we’re set for a pretty uncertain couple of months and we could well have a new government by the time we head off on our summer holidays, but positivity is key. If you get stuck in a hole of anxiety and despair about the potential outcome of the election, you’ll be of no use to anyone.

This ties into the third point, stay focused. At Resapol, we have a business plan that we stick to. It doesn’t matter who the Prime Minister is, whether we’re in or out of the EU, we want to stick to our business plan. For us, 2017 is about two things; carry on opening depots and carry on growing.

The final point is to work hard. It seems obvious, but in times of uncertainty you need to be more sure than ever that you’re putting in the maximum amount of effort possible. By sticking to these four mindsets outlined above, we were able to guide our business to a period of growth post-Brexit. We are going to stick to these throughout the General Election, and during the upcoming Brexit negotiations. It’s done us well so far, so we’re going to carry on doing it, to ensure that we pull through this period of uncertainty.

Sean Ofsarnie is the co-founder and director of Resapol Limited, a construction chemicals supplier offering competitive 24 or 48 hour delivery to the entirety of the UK: https://resapol.com/

Should your business be looking to the Spanish market