A six-person candle-making company working out of a corner section of a former school building situated in a revitalised urban center may not know it, but they are brothers and sisters united with all manufacturers and industrialists across the world, past and present. Going back to the ancient Egyptians and onward to the heavily industrialised societies of today, the same challenges affect virtually any manufacturing and industry enterprise attempting to retrieve and/or reform resources for profit.

With that in mind, anyone reading this with plans or the beginnings of plans to get into manufacturing and related industries ought to pay attention to the following, in which the major challenges facing all corners of manufacturing and industry are laid out: 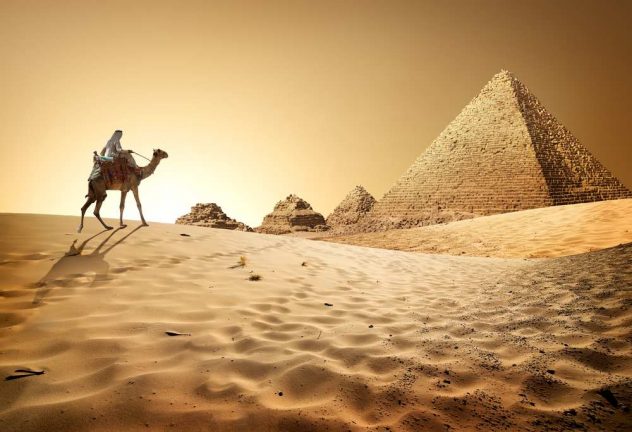 Whether it’s combining wax and scents or extracting clay and slate, the end result has to be cost-effective. Otherwise, an enterprise has no reason to exist.

Take for instance those Ancient Egyptians. The massive industrial effort carried out to build the pyramids seems to us to be the most extravagant example of wasted resources in all of classical antiquity – but think again.

The pyramids were partly an investment in scaring off potential invaders with eyes on Egypt’s wealth. “If they can build that”, an outside warlord would reason, “what’s a war with them going to look like?” It paid off: 20 years of manufacturing and construction helped to ensure centuries of stability.

Flash forward to today and the number of available resources has greatly decreased from that of ancient times. No entity would be able to argue the cost-effectiveness of an engineering project like the pyramids. However, major engineering feats are undertaken nonetheless, with profit on the other side. This is a product of improved resources management.

For instance, mining operations are going deeper into the earth than ever before, but the pace of output remains the same despite the elevated cost and risk. To help achieve business success, wear products for mining industry operations are invested in heavily from the onset, among other proactive policies. This enables companies to maintain profitability in the face of greater obstacles to overcome and potential setbacks inherent with uncharted territory.

The small-fry candle-making company deals with the same challenges in a world where costs keep rising and every ounce of supply is scraped dry to keep profit margins at an acceptable level. Ensuring equipment runs with minimal downtime is essential regardless of business size.

For the ancients, it was upgrading from bronze to iron. Today, things are a little more complex, but the rate of advancement has never been faster and it increases at an exponential rate.

Yet the challenge remains the same as it was, and is the same for everyone: when, where, and what to invest in technology. Ventures which are both quick at reading the writing on the wall and equipped to make a transition are always better situated down the line.

It’s often the second part which gets in the way of manufacturers and industrialists successfully moving to the next stage of technological evolution. In many cases, the original infrastructure and system setup is simply too expensive to rip out and replace. This is oftentimes due to a fundamental failure to account for the inevitability of technological upgrades.

For instance, the Romans as most people know, loved statues and sculpture in general. The only problem was, hardly anybody in Rome knew how to sculpt well, and those who did charged a fortune. The solution? Import Greek slaves to create Roman busts and statues. This obviously solved the problem of finding a qualified, available, and affordable workforce.

We’re a much more compassionate and enlightened species now and thus free labour is thankfully off the table, but we’re still beholden to the bottom dollar when it comes to paying workers regardless of the manufacturing industry. If talent is scarce, salaries go up, and profit margins go down. The dance continues

Whether it’s “mom and pop” or multinational, all manufacturing firms have the same challenges to face. It’s been true for time immemorial.

Why the cottages in this Cornish town sell like hotcakes

How 3D printing is affecting the construction industry