Interested in the foreign exchange market? You’re not alone. Investing and trading in this manner is highly attractive for those who have the means and are looking for a reward worth their while. However, as with any kind of trading, there are risks involved, which makes the practice potentially complex. Don’t worry – once you get past the jargon, it all becomes a little bit easier to process. 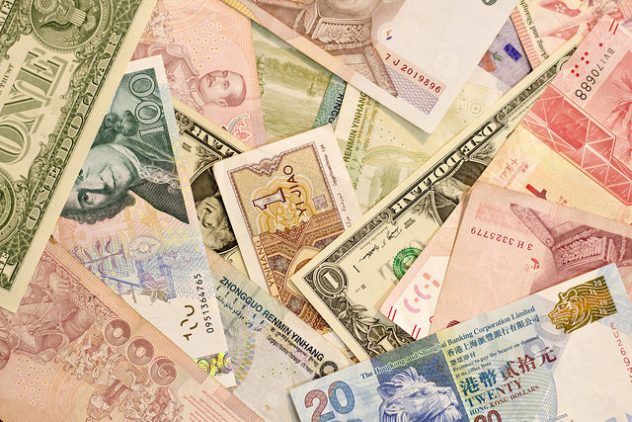 “Forex” is just another one of those words which seem unapproachable at first, but in actual fact, it’s really not.

The forex market isn’t dealing in actual printed money. A portmandeau term from “foreign” and “exchange”, forex deals in the buying and trading of various world currencies in a variety of locations worldwide. It’s actually the biggest market in the world, in terms of trading volume. According to Investopedia, it deals the equivalent of trillions of US dollars per day.

While the banks are the major players in this world, the “game” can be played by normal people. Forex traders deal in buying currencies at times when they estimate are best and selling them when rates change to make a profit. By making note of the trends and staying on top of the market, you can achieve some success in this kind of trading. Of course, ll kinds of things affect the market, from politics to economic factors.

Let’s break it down with an example. In 2015, you would receive around $500 USD in exchange for £300 GBP. Today, it’s closer to $387. This is a drastic difference over time, affected by everything from Brexit to the recent US election. Just look at how the pound sterling crashed when the shock results of the British Brexit referendum came in; in fact, it reached a 31-year low.

This highlights the difference in value of various currencies, albeit on a drastic scale. Changes are often far smaller; and it’s important for those involved to be aware of the smallest changes, as over time they can reap big rewards. Our example shows that selling USD in exchange for GBP would be more profitable now than two years ago, but by the time you read this, the rates may have again changed. This shows the market isn’t fixed and can go up or down at any time.

If you are interested in trying your hand in the forex market, you will first want to educate yourself on its intricacies. The first step is to set up your account and get ready to trade. In fact, there are many different websites and forex trading platforms, so you may want to do some research in terms of who to sign up with. Some offer no-deposit bonuses as an incentive to get potential users to try their services. This works similarly to the no-deposit bonuses sometimes found on online betting sites. A forex-specific explanation of no-deposit bonuses and comparison of websites that offer it can be found here. You should also take the time to read detailed information regarding setting up your account, verifying your information, and the stages in between before you can start trading.

Learning how to buy low and sell high can be difficult for any trader, but sometimes it’s as simple as watching the news and realising potential outcomes and influences of important political decisions. Currency can be highly volatile and subject to crashes when world events affect it. Intuition also helps, too. As with everything, experience will improve your skill, but anyone with the time to do their research in economics has the potential to learn the basics.

How to choose the best forex signals

Should you use a forex trading platform?

What is a forex demo account and why you should use one?

How to make sure your Forex broker is reliable

Dominic Lill - September 26, 2017 0
Glamorous Palm Beach has long been a place of importance on the yachting map, with large superyacht marinas, a major international yacht show, impressive...
We use cookies. To learn more, read our Privacy Policy.Ok