It wasn’t that long ago that even the most innocuous of illnesses could prove fatal; the average life expectancy was a decade or two less than it is now, but with the rise of technology and the internet, medical research and advanced at truly astonishing rates.

Even the rise of social media has helped advance medical breakthroughs – the ‘Ice Bucket Challenge helped raise a huge amount of money and fund a huge breakthrough in ALS research a couple of years ago. Fast forward to today and we’re still seeing more and more progress made in medical research, and it’s not just the multi-million-pound corporations getting results; some of the best work is often completed by the smaller businesses and research companies as seen below.

There were also new studies released which are related to IGF-1 and how scientists understand its mechanisms much better. 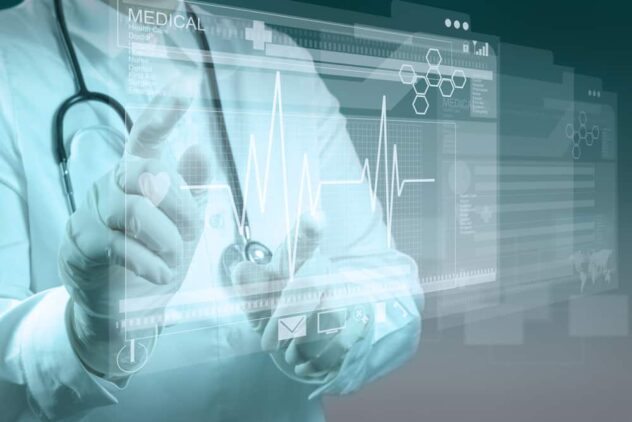 Gone are the days when you had to visit your doctor to find out your blood pressure; nowadays you can just download an app and it’ll do the job for you in seconds. Information about your physical health can be effortlessly collected by your mobile device thanks to the development of health apps. As well as tracking your blood pressure, apps can also be used to track how much exercise you do, your heart rate, and how much you eat. The apps are also packed with plenty of helpful advice telling you how to make easy changes to your life to improve your general health and being.

As well as helping with physical health, apps are also being developed to help detect and alleviate the symptoms of mental illness. A virtual reality app is currently being trialled as a potential treatment method for depression.

In 2016, two new diabetes drugs were introduced to help patients identified as at risk of heart disease. Empagliflozin and Iiraglutide have been shown to slow the progression of cardiovascular disease by interacting with other organs within the body such as the kidneys. The drugs’ release has paved the way for a wave of new research into Type 2 diabetes.

In a similar vein, a potential treatment for type 1 diabetes has also been recently unveiled in the US. The artificial pancreas is designed to continuously monitor a patient’s blood glucose levels in the very same way that a real pancreas would in a non-diabetic individual. The pancreas is designed to link up to an insulin pump that will deliver its doses based on information gathered by the fake pancreas.

Thanks to the emergence of image visualisation software and the vast amounts of high-tech research conducted into cellular biology, cellular immunotherapy has been developed as a promising cure for leukaemia and a number of other lymphomas. Antigen receptor T-therapies are a type of immunotherapy in which patients’ T cells are removed from their bodies and genetically re-programmed to identify and destroy invading cancer cells. Cellular Immunotherapy has already progressed to human trials and has yielded a constant 90% success rate in recent studies. Scientists hope that Cellular Immunotherapy may one day replace chemotherapy as a more targeted, more reliable, and more efficient means of treating all types of cancer. Current cancer treatments are often hit-and-miss, sometimes working and sometimes not, and the side-effects of radiation treatment can be unbearable for patients.

Things are looking up for ketamine, a drug previously shunned by the medical world and relegated to the realm of illegal drugs. Scientists are now looking into the possibility of prescribing low-doses of ketamine to patients suffering from severe pain. The drug has been adapted into a nasal spray that can be easily delivered to patients to provide fast pain relief. The potential benefits of Ketamine don’t just stop there, either. Researchers looking into potential new cures for depression have trialled ketamine as a potential anti-depressant and the results have been promising; many patients with drug-resistant and severe depression noticed an improvement within just 48 hours of receiving a ketamine dose.

The best steps to starting your CBD business

How the Coronavirus is affecting business