London. Londres. Londra. The city is a collection of people and businesses from all over the world. One big melting pot of languages, cultures, cuisines and social norms. 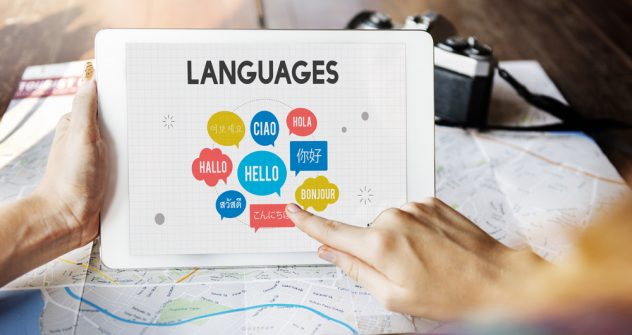 Yet one area where London remains stubbornly English is in the offices. A report from the Department of Business, Innovation, and Skills (BIS) found that the UK is losing out on a £48bn a year as a direct result of its lack of language skills. So why are businesses stubbornly monolinguistic, and how can your business begin to bridge the languages gap?

London and its languages

By best guess, there are around 300 languages spoken within the borders of London. The UK capital boasts huge expatriate communities that have shaped the city as we know it.

For example, it would be unusual to pass through Chinatown and not hear Mandarin and Cantonese. In Bethnal Green in East London, Bangladeshi is widely spoken, as is Yiddish in Stamford Hill in the North. This diversity of languages in London is a source of pride for a city that welcomes people from every corner of the globe.

However this also poses a challenge to businesses. Of those Londoners who have a foreign language as their main tongue, 47,917 say that they cannot speak English at all. This goes up to 320,000 in the UK as a whole. Yet British businesses are still monolinguistic, meaning they are missing out on potential staff, customers, and clients in their neighborhoods.

English-speaking businesses are missing out on audiences

The truth is that a lot of businesses see operating in multiple languages as a burden rather than an opportunity or an investment. However businesses must resist the notion that the language barrier is too big to get over and that only using English is good enough.

Writing in The Guardian, Lucy Jolin suggests that businesses need to use professional translation agencies when targeting audiences in the UK. And importantly, that this is something even businesses with multilingual staff need to bear in mind.

Jolin believes businesses should invest in languages, and that means investing in staff who can speak different languages and in translation agencies that can help brands communicate with new audiences. She also argues that “It’s important to remember that just being able to speak a language doesn’t qualify a person – or a computer – to translate accurately.”

If this is done, businesses can strengthen their brands by creating a relationship with new audiences and differentiating themselves from the competition. For example, the ice cream company Kelly’s of Cornwall made headlines in 2016 for airing the first-ever Cornish language TV ad.

The ad was aired nationally, and, as a positive subject of national news, the brand reaped the benefits of free PR. Charlotte Hambling, the UK head of marketing at Kelly’s owner, R&R Ice Cream, stated that they had “created a spot that shows off our brand, our ice cream, and the Cornish culture to great effect.”

The fact that most businesses refuse or are unable to work in anything other than English does have its benefits. It means that those who invest in new languages are far more likely to reap the rewards and make more money. That’s a language we can all speak.

The ultimate investment guide: How to safely invest in the UK market

Save £3,000 per employee by helping staff sleep more soundly