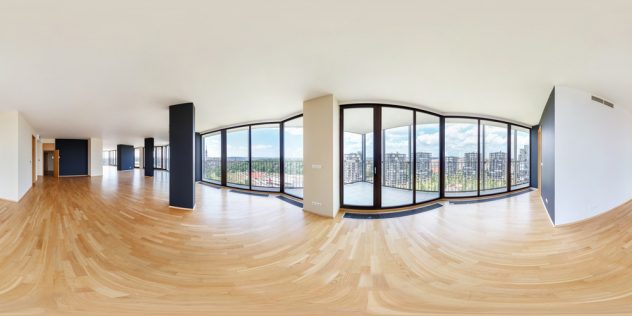 Smell-o-Vision never really took off as a concept, but the basic idea wasn’t a total stinker. 1960’s Scent of Mystery promised a new dawn for movie-goers, as odours were released into the theatre, enabling audiences to ‘smell’ the on-screen action.

However, it was beset with technical faults and a deluge of bad reviews consigned the avant-garde aromas to an early grave. In fact, Time Magazine listed it amongst their 50 Worst Inventions of All Time.

There have been various attempts to revive the technology down the years, but each one has reeked of desperation, with struggling cinema chains trying to get bums on seats to boost box office receipts.

What I admire about these purveyors of immersive experiences, though, is the willingness to try something new and push the boundaries of audience engagement. The idea of awakening the senses was truly pioneering, even if it never really took off, but now there’s a new technology in town and it’s here to shake things up for good.

Get the full picture

I like to think I’ve got a good nose for video marketing trends, and 2017 looks certain to be the year that 360 degree video production goes mainstream. We’ve already had several enquiries from big brands and partner agencies asking how it works and why they should get on board, so I thought I’d share a few thoughts here and outline what makes it such an exciting innovation.

Firstly, the fact that Facebook has enabled 360 degree video playback is a huge deal. Year-on-year, the social media behemoth swallows up the competition and there’s no doubting that it’s the biggest shop window you could ever wish for. In an interview with Fortune Magazine, Nicola Mendelsohn, Facebook’s Vice President of the EMEA region, stated that by 2021 the platform will “probably be all video” and that it’d be more immersive, with 360 feeling “very common”.

A major stumbling block for previous incarnations of virtual reality has been a lack of support for the product. These days, however, VR headsets are inexpensive and they were a popular Christmas present last year, but even if you don’t own the wearable hardware, Facebook users can still enjoy 360 videos by simply dragging their pointer or finger across the screen to dictate movement – a true revolution that has enabled people to explore places and experience events like never before.

The fact that Facebook favours a video-centric future means that brands jumping aboard the broadcast bandwagon will continue to thrive, and a recent Google study revealed that 360 degree videos are watched for longer, achieve higher click-through rates and are 42% more likely to be shared. I generally leave stats to the politicians, but with such a trusted source advocating 360 degree video production, it’d be foolhardy to ignore the impact that such engagement levels could have on your bottom line.

That’s the key word when describing the benefits of 360 video: ENGAGEMENT.

It’s common knowledge that the days of interruptive marketing are over, and we now have to earn our audience’s attention in increasingly competitive and creative ways, offering a value exchange to gain respect. By shooting a captivating 360 video that lets viewers explore the world around them, you’ll facilitate a deeper connection with the brand – one that could pay dividends when it comes to purchase decisions and brand advocacy.

Who should start shooting?

We’ve found 360 videos to be especially effective for travel companies, for obvious reasons – you can invite potential customers to experience potential destinations before they book, giving you plenty of opportunity to whet the appetite and excite the inner travel bug.

These incredible images of the Northern Lights were captured by an independent filmmaker, but the Alaskan Tourism Board certainly owe him a pint because it’s already achieved 30 million views in just over three months. Imagine being able to boast those figures to your boss if your travel firm produced something similar.

Car manufacturers are also very well-positioned to showcase their latest vehicles and take fans along for a ride, giving a real taste of what to expect from new motors. On the more extreme side, Red Bull Racing pull this off extremely well, allowing viewers to experience life in the fast lane.

If you sell a product or service that revolves around real-world experiences, 360 video can really set you apart from the crowd. There are many routes to enhancing your business’ reputation in 2017, but I’m convinced that nothing will prove to be as empowering as taking a complete, 360 degree view of where you are and showing the world what you have to offer.

Whichever way you look at it, 360 video is the future.

Set yourself up for sizzling summer business with a search strategy

The risky business of risk in startups