Tim Jotischky is a crisis and reputation management specialist and senior consultant at London PR agency PHA Media, and  works with a wide range of sporting and corporate clients. He advises Talk Business readers on how to weather a media storm and respond effectively when your business finds itself in the throes of a crisis. 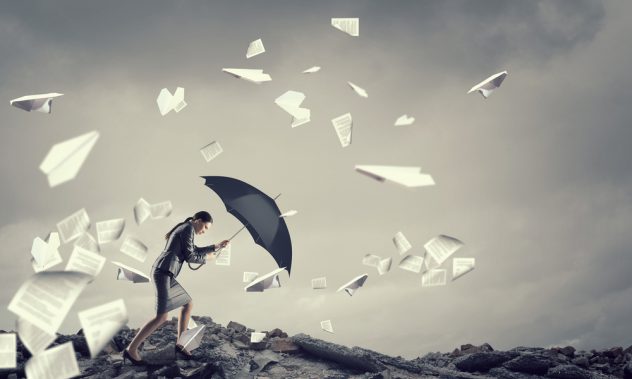 United Airlines will go down in the annals of business management as an example of how not to do it when it comes to crisis communications.

When 69-year-old Dr David Dao was hauled from his seat and dragged from a plane by security officers, his face bloodied, chief executive Oscar Munoz initially thanked his staff for always ‘going above and beyond’ and following protocol. Social media went into meltdown – @United got 1.2 million mentions on Twitter and there were 135,000 interactions on Facebook – forcing the company to change tack. It was a corporate PR disaster: the share price tanked and repeated apologies were followed by the inevitable out-of-court pay out to the wronged passenger.

It can take a lifetime to build your company’s reputation, but it can be destroyed in the blink of an eye. Journalists rarely have a pre-conceived agenda; it’s almost never personal, it’s business. That’s why anyone running a company needs to treat it the same way and take a business-like approach to crisis management.

The first rule of crisis management is that if you only react when the crisis has hit it’s already too late. Though you often can’t anticipate where, how, why or when the storm will hit you can have a plan in place.

When an 11-year-old girl was killed on a ride at Drayton Manor theme park in Staffordshire, the company’s director George Bryan spoke briefly of his shock and devastation, but offered little by way of explanation. A family-run company with a previously unblemished safety record suddenly found itself at the centre of all sorts of speculation. Journalists found Facebook posts from visitors questioning safety procedures on the ride, though there was little evidence to support the speculation.

It’s one of the key principles of crisis communications – if there is a news vacuum it will be filled with misinformation. It’s not always possible to offer an immediate explanation, but a front-foot approach is essential and any information you do have should be put in the public domain.

An object lesson came from Nick Varney, chief executive of Merlin Entertainments, after a serious rollercoaster accident at Alton Towers. He got two things right. First, he immediately understood the risk to his company’s reputation and went to the scene himself, rather than leaving it to a colleague. Secondly, he didn’t try to hide behind process. He publicly apologized at the outset and promised the victims would be compensated without recourse to legal action. It didn’t mean the crisis was over, but it was immediately contained.

Every company needs a crisis template, which must include at least four key elements:

However, a word of caution: doorstopper crisis management plans written by consultants with little real-world media experience are a waste of time. The reality is that every crisis is different and throws up a unique set of issues, which can’t be run entirely by the playbook.

Sound judgement and cool heads are the pre-requisites for managing a crisis so the composition of your core team is crucial. Invariably, a bunker mentality can quickly set in; adding trusted external advisors to the mix can provide a fresh perspective and often proves invaluable.

In 2015, Thomas Cook was plunged into crisis mode after chief executive Peter Fankhauser refused to apologise at the inquest of two children who had died from carbon monoxide poisoning in Corfu nine years earlier. He was acting on legal advice, backed by his closest advisors, but the saga played out for a week, causing untold reputational damage. It was only allayed when he was encouraged to ignore the lawyers and follow his gut instinct, finally delivering a personal apology the family had waited almost a decade to hear.

Crises are unpredictable but one thing is certain: any business needs to have a public face to represent it. Yet too many companies fail to prepare for this eventuality.

Former BP chief executive Tony Hayward had done very little media work and one of his first live TV interviews came in the aftermath of the 2010 Deepwater Horizon disaster in which 11 of his employees lost their lives. “There’s no one who wants this over more than I do, I’d like my life back,” he said. Hayward’s reputation never recovered that disastrous slip of the tongue.

Any business leader should have been media trained before a crisis strikes, not when the company is already in crisis mode. But the most senior member of the leadership team is not always the best public face for the company as they might lack the necessary communication skills. That’s an easier observation for an outsider, than an insider, to make.

Media training makes your company crisis-ready not only because it teaches you how to deliver your message effectively, but also because it helps you work out what you are trying to communicate. You can’t expect to deal with a crisis situation, which plays out in public, if you can’t articulate your company’s guiding principles. That may sound obvious, but it’s surprising how many business leaders cannot clearly articulate in a three-minute interview what they stand for.

Generally, a crisis comes when a company is knocked off on course by a sudden, unexpected event, or because fault lines in the way it operates are exposed. Either way, a crisis represents a deviation from the norm and being able to articulate what the business should stand for in a simple, intelligible way is crucial.