In September, the U.S. Securities and Exchange Commission announced that it had paid out more than $100 million in awards to whistleblowers , suggesting whistleblowing has become an established part of corporate culture. The US even celebrated its first National Whistleblower Appreciation Day in July 2016, where they recognise the courage of whistleblowers. 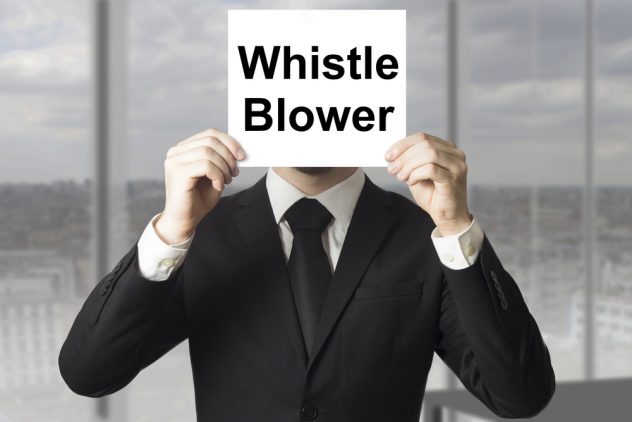 Yet here in the UK, despite the formal adoption of legal protection for whistleblowers as long ago as 1998 under the Public Interest Disclosure Act, the treatment of whistleblowers couldn’t be more different. On this side of the pond we still see whistleblowers punished for coming forward, with the likes of Maha Yassaie, an NHS Chief Pharmacist dismissed and then blacklisted for raising concerns about corruption in drug prescription. And the Parliamentary Commission on Banking Standards demanded that the financial sector undergo “a significant shift in cultural attitudes towards whistleblowing…” after declaring itself “shocked…that so many people turned a blind eye to misbehaviour and failed to report it.”

For our fast growth businesses of the future, the stakes could not be higher. Take fraud, something to which small and medium sized businesses in all sectors are traditionally vulnerable. Private sector fraud losses in the UK alone are estimated at over £144bn annually – that’s more than the entire NHS budget. Procurement fraud (often associated with malfeasance by employees) is believed to cost £127bn per annum – more than three times what we spend on defence. And these figures are only going upwards. At least some of this activity could, in theory, have been reported by whistleblowers and stopped at an early stage. Corruption is another area where the existential risks to promising businesses have rocketed in recent years. If your rapidly expanding biotec, fintec or webtec company is using overseas agents and intermediaries who are silently using bribes to help grow its business, then a corporate conviction for ‘failing to prevent bribery’ under the UK Bribery Act dominating your Google search results for several months, could spell an early endgame.

Yet the development of a trusted and used internal whistleblowing system is far and away the most effective step which any business, no matter what size, can do to prevent fraud – and no doubt corruption and other forms of wrongdoing too. Indeed, studies in recent years by the US based Association of Certified Fraud Examiners (ACFE) have found “hotlines” to be up to three times more effective than the next best detective control in detecting fraud. And it’s relatively cheap, too, because you’re using your existing people and their goodwill towards your business, rather than expensive new hires and systems, to achieve the desired result – a stronger, safer business.

So why are we witnessing such a polarised approach to whistleblowing and how can the UK match its American cousins by championing whistleblowers instead of ostracizing them? Reasons for not reporting (or “whistle swallowing”, as it’s sometimes called) are numerous, and these can come into even sharper relief in a small business like a start-up, where everyone knows everyone and there isn’t even the prospect of hiding in plain sight. Fear of being wrong, fear of exposure as a ‘grass’ or ‘rat’ in front of disapproving colleagues, fear of retribution as a boat-rocker by management or even just cynicism about anything meaningful being done, all play their part.

The good news, however, is that early stage businesses have one immense advantage over their larger cousins in persuading staff right at the outset that raising concerns at work is the right thing to do. And that is that there’s no distance at all between the founders and the staff. So when the message comes from the top, then unless your staff think you’re an out and out liar (in which case they probably wouldn’t be working for you in the first place) they’re much more likely to believe you – and to believe in you. That’s not always the case in large concerns. Your job then is to deliver on the promise, by taking action on wrongdoing, protecting good faith whistleblowers from retaliation, educating the aggrieved that this isn’t their forum and rigorously demanding the same from your managers as the company grows and prospers.

As for rewards? Personally, I don’t believe that a US style system of personal cash payments plays well within British and European corporate cultures. But rewarding whistleblowing – as opposed to whistleblowers – is long overdue and over time might actually help dispel some of its negative connotations. What about instituting a system of charitable donations linked to staff reports which exposed significant wrongdoing? Many companies already make charitable donations of expensive gifts received by staff and this could be the next step.