When the UK held that historical referendum which resulted in 52% of the population backing the shock decision to leave the EU after 44 years of membership, the country was thrown quickly into a period of uncertainty. 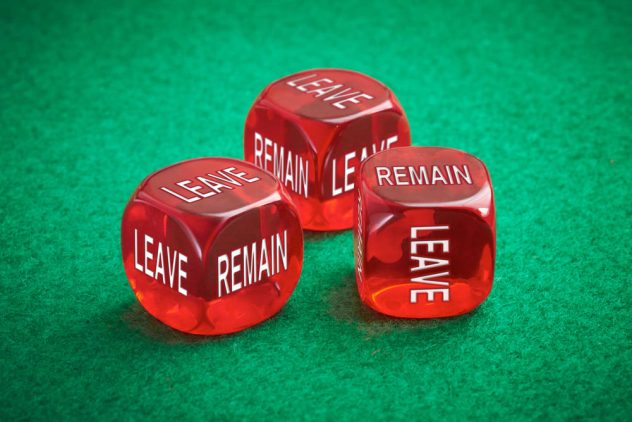 People could only speculate as to what kind of effect Brexit would have on the economy, travel, employment, and trade agreements, and seeing as Britain hasn’t actually left the union yet, things are still up in the air. Many people in the gambling industry were worried about what would happen to one of Britain’s greatest success stories after leaving Europe. So far there hasn’t been much change, but issues are arising, such as the Gibraltar situation.

After the referendum, major bookies in the UK benefited greatly from the vast amount of punters who had backed an outcome of remain. The bookies had placed Britain staying in the EU as the odds-on favourite, and according to The Independent over three-quarters of the £40 million that was staked backed that choice. Although the bookmakers could have made a lot more if they had calculated their odds better, it was reported that a healthy profit was made. However, soon after that brief success, the attention swiftly turned towards the future, and predictions over what will happen once the UK actually leaves Europe.

In this report on the fallout, there are varying opinions from experts regarding what the future holds for different parts of the gambling industry. Some commentators have focused on negative effects, while others have pointed out what could improve. Jane McConnell of The Guardian believes staffing could be an issue for online companies, and contests that home-grown employment candidates “aren’t as well equipped as their European counterparts.” She discusses how experienced programmers are notoriously difficult to find, and if businesses can’t look to the continent to plug gaps in the talent pool they may face major problems.

In terms of what could be helped by Brexit in the longer term, Robert Oakley from The Spectator said that it could tackle the “refinancing of racing by forcing bookmakers who have taken their businesses offshore to pay a bigger Levy contribution.” That means that any bookmakers operating outside of the UK will have to pay 10% of the gross profits above the first £500,000. The proposal may face significant problems, however, and will be subject to facing European Union state aid rules.

One of the most pertinent questions that emerged in the lead up to and after the referendum was what would happen to Gibraltar. Spain desperately want to reclaim the British-owned territory, and the EU are supporting them in working towards taking it back from the UK. The negotiating position from the EU is that if Britain can’t reach an agreement with Spain then they would cut off the island from any kind of EU-UK trade deal. This would effectively force the citizens into “economic peril.”

Gibraltar is a key British gambling hub, and a hard Brexit could be detrimental to the economic model that has been the source of its prosperity, according to Chief Minister Fabian Picardo. Picardo wants an agreement with the EU to continue, which may differ to the one that the UK has. In these times where there is a lack of clarity over the future of “the rock,” serious headaches could arise for companies stationed there that have operations based on servers in the EU. 888 Holdings is one such company, and a spokesman said that “if 888 were to remain registered, licenced, and operating in Gibraltar in these circumstances, its ability to rely on EU freedom of services/establishment principles in supplying its services within the EU will be limited.” The company is now, therefore, seeking a move to Malta and would represent a major loss to the UK gambling industry.

It looks as though online gambling is at risk of suffering from Brexit, as many sites operating from outside of the UK may be forced to exclude Britain and cater for EU countries. People who work in the industry could also see the effects, as freedom of movement between places like Spain and Gibraltar could be restricted. As it stands, the picture is not yet 100% complete, though, and there will be no real clarity over the situation until the UK officially leaves the EU in 2019.

Patterns and trading theories in the Forex market