The Financial Conduct Authority is working flat out with leading advertising agencies in the UK to launch a massive advertising campaign urging people to check if they have been mis-sold Payment Protection Insurance (PPI). In something of a surprise, action star Arnold Schwarzenegger is reported to be the face of the all-out drive. 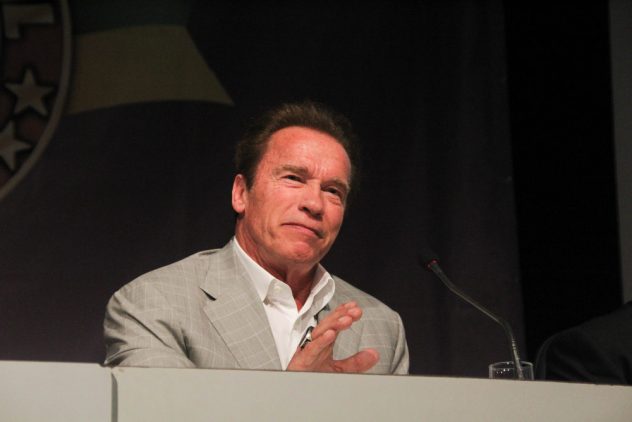 It comes as a claims management company is mounting a legal challenge against the FCA’s decision earlier this year to impose a deadline of August 2019 on making PPI claims, saying the move was “clearly unlawful”. The FCA wants to draw a line under what has been called one of the biggest financial scandals to ever occur in the UK, restoring integrity to the country’s financial markets.

PPI is a product designed by the big banks to protect them and their customers from the event that those with loans, mortgages or credit cards became ill, injured or died and were unable to make repayments. Many people, however, were unaware PPI was attached to their loans or cards and were paying for the privilege. Since 2011, a staggering £26.9 billion has been paid in refunds and compensation to those who were mis-sold PPI.

Now, the FCA and its advertising operatives, in the form of leading media firm M&C Saatchi and others, have reached out to Terminator star Schwarzenegger to do the voiceover for their ads. They’re said to be paying him £1.5 million to do it. While the eye-watering fee has raised eyebrows in some circles, it represents only a small portion of the overall £42 million budget for the PPI campaign. Most of the money is coming from the large banks responsible for the entire PPI debacle.

The admen (and women) are hoping to kick off the PPI reminders in August, with the aim of wrapping up all PPI claims within two years. Schwarzenegger will probably not even have to come to the UK to lend his voice to it, as it can be recorded in the US and delivered electronically. The choice of the wildly popular, Austria-born actor – who turns 70 in July – is sure to generate substantial interest among the public.

All this is leading to forecasts of a wave of PPI cases to come and claims management companies will be hoping for a big payday. Such is the scale of past and potentially enormous future PPI cases, many firms are using claims software to deal with the workloads. Indeed, since the scandal broke, claims firms have generated a windfall of around £5 billion in fees. A similar figure could be on the cards this time round, too, which is why they’re turning to claims software to process more and more cases and as quickly as possible.

Claims management firm We Fight Any Claim is aiming to put the brakes on the FCA PPI train. A spokesman for the Wales-based firm, Mark Davies, said it had filed a judicial review in the courts to try and lift the cut-off period, so that people would have more time to find out if they had been mis-sold PPI and to make a claim if they had.

Davies said the company had been lobbying the FCA for a year not to impose a deadline and was dismayed when it did so in March this year. “Unless these proposals are challenged, the only winners will be the banks and card providers who sold this toxic product,” he said. “Millions of ordinary people, many of whom are not even aware they were sold PPI, will lose out.”

People on both sides of the Atlantic will now be anxiously awaiting a ruling on the matter — and whether it will finally bring about an end to the PPI scandal.

Drawing the right kind of attention to your business