Business is becoming more complex and the way we work has been changing at a fast rate. There has been a gradual increase of media and tech companies in London which has shifted the focus away from finance. 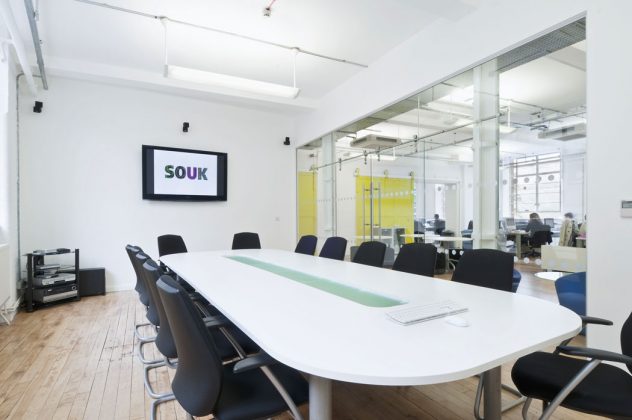 Given the backdrop of political uncertainty caused by Brexit, investing in the finance services sector is daunting and unpredictable, causing digital industries to seem like a safer option.

Office developers are diversifying office space in traditional finance areas of London such as the EC1 and EC2 postcodes to appeal to different industries and tenants. Consequently, office designers are developing some unique concepts for media and technology workplaces. 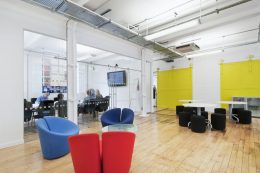 Commercial real estate is becoming more “tech-focused” to attract non-financial industries in the City of London. For example, One Finsbury Avenue in Broadgate is being transformed from a finance based premises that once housed UBS to a more communal space with a shared roof terrace, retail space, restaurants and a cinema. This is a significant step away from the usual offices in the Liverpool Street area. Another difference is that tenants increasingly have the opportunity to sign shorter-term leases. This is extremely beneficial for startups and SMEs because they are often unsure about their future growth and how much space they may need in the years to come.

The diversification of traditional office space is revolutionising the property market by opening up areas that were previously limited to particular industries. With office vacancies climbing to 5.8 percent after the Brexit vote, there is an abundance of office space available now and it needs to be adapted to new industries that are thriving such as technology and media.

The subject of media and technology industries moving into London during 2017 was touched upon by professional services company Interactive Space at a seminar they held in Central London on 7th June 2017. The event was named “Should I Stay or Should I Go?” and it highlighted how popular tech-focused companies are becoming. There has been a 27% increase of media and technology companies in the city compared to just 10% of financial companies. This new movement is leading to some interesting changes in office design in the UK.

Get creative with design 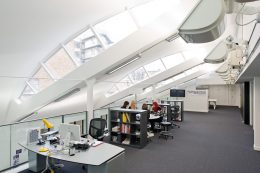 The good thing about media companies is that they are expected to be creative and similarly, technology companies are expected to be innovative and this leads to some imaginative use of space. Story Worldwide is an example of an online marketing agency that moved to Clerkenwell, EC1. The company has offices in Europe, North America and Asia but needed a London office with natural light and a separate client area to the open plan working area, connected by a staircase for ease of access. A spiral staircase was installed to link the two floors to ensure good communications and natural light floods in from sloped ceiling windows. The light is further enhance by glass partitions between rooms that really opens the smaller space up.

Similarly, Souk were in the process of re-positioning their advertising company in the travel and tourism sector and needed a space to reflect the boutique nature of the agency. They decided on the SE1 area of London, which isn’t the main area for communications businesses but still very central. Their lease was about to expire so the project took just 4 weeks, from the signing of the new lease on the warehouse style offices near Tower Bridge to the final fit out. The office is full of colour and energy with striking wall-finishes in the reception area designed to provoke a reaction.

It’s an exciting time of change where the design and professional services sectors have the opportunity to showcase their adaptability and creativity. It is hoped that the presence of media and technology companies will be the catalyst for growth in post-Brexit Britain. By carefully planning and optimising available space, office designers can help the work sector adapt during these uncertain times.

How to hack your next London business trip

5 most innovative approaches in the cleaning industry